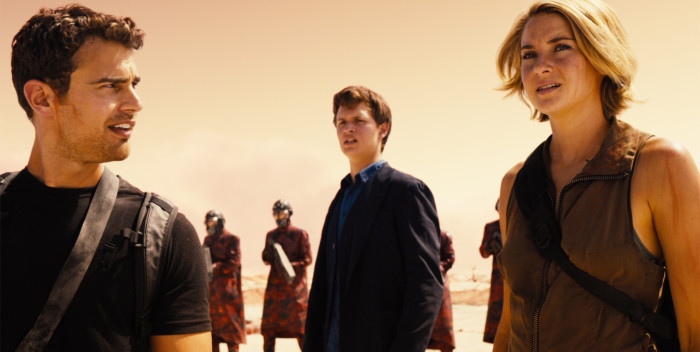 Well, it all came true last night. “Allegiant” debuted with $11.9 million. The weekend projection is $30 million. If they’re lucky.

The last chapter, “Insurgent,” had a $52 million opening weekend. The original film, “Divergent,” came in at $54 million.

Keep this in mind: Last year’s “Insurgent” made $21.1 million on its Friday night. Versus $11.9 million last night. If the audience from last year didn’t come back last night, they ain’t coming back. They’ve moved on. Unless they got a group rate for tonight.

There’s actually another chapter of this stuff coming next year. It’s called “Ascendant.” I’d call it “Fuhgeddaboutit.” Why bother? Put it on Netflix. Who needs this tsuris?

More: “The Brothers Grimsby” will be at least a $100 million write down for Sony/Columbia. It’s just a total disaster. They’ll barely cross $5 million tomorrow. And then slip away into the abyss. Sacha Baron Cohen can do a lot better than this. And he will. But Sony needs a hit.