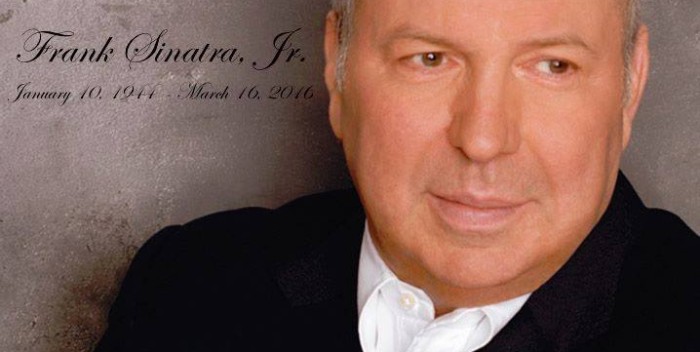 The Sinatra family mourn the untimely passing of their son, brother, father, uncle, Frank Sinatra, Jr. of cardiac arrest while on tour in Daytona, Florida.

Nancy Sinatra posted this picture and statement on Facebook for her brother, who died yesterday while on tour. He was 72. Frank Jr. never had a chance. Always in the shadow of his father, he was once kidnapped. His paid ransom was $240,000. How ironic that he has died during what was his father’s centennial celebration. He’s outlived by his mother, Nancy Sinatra Sr., who will turn 99 in September if this news doesn’t kill her. RIP, Frank.