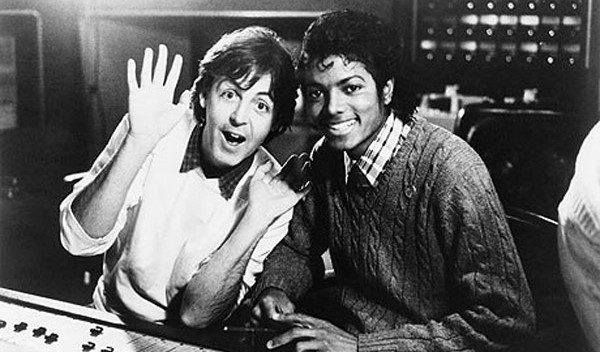 The long saga of Michael Jackson, Sony Music Publishing and the Beatles is coming to an end. Sony/ATV is buying Michael’s estate out of his half the company for $750 million. On March 31st, the Estate will receive a lump sum of $733 million.

Michael Jackson, dead since June 2009, in debt since the 90s, is finally debt free. The shadow that hung over him is finally gone. And he’s not here to see it. What a shame.

The music of John Lennon and Paul McCartney is now fully owned by Sony Music Publishing.

The Jackson estate can now presumably pay off its massive debt and whatever loans remained. When Michael died, he was leveraged to the hilt and owed around $320 million. There were on and off liens against Neverland Ranch and Michael’s family home. The ranch was eventually lost, and is now for sale. In desperation, Michael agreed to 50 or more concerts in London. You know the rest.

Of course, Michael could have sold out years ago and avoided a lot of angst and maybe even his own death. But the Beatles catalog became like the ring in Lord of the Rings or Wagner’s music cycle. No one would part with it voluntarily.

The money will go into the Jackson estate and eventually to Michael’s three children, Prince, Paris and Blanket.

But first, as per Sony’s statement: “The payment also reflects certain contractual and accounting adjustments related to the Sony/ATV joint venture and other commercial opportunities involving Sony and the Estate.”