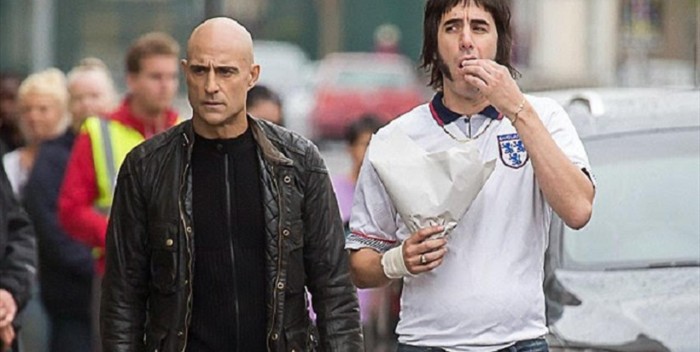 Indeed, the way, way, way over the top coarse production made just $1.2 million on Friday night, and will be lucky to eke out $3 million for the weekend. It’s a loss of some unknown amount– at least $50 million– for Sony and the filmmakers.

They knew it upfront and dumped the unfunny comedy. There was an L.A. premiere so to speak, and NY media screenings at the odd hour of 4pm the other day.

The clips from the film were so unwatchable that when Cohen appeared on Jimmy Kimmel, they could only show audience reaction. Then, as if it might help, the Kardashians were enlisted — don’t ask. I hope they weren’t paid because it was a waste of money.

“Grimsby” is just one of many grim box office players this weekend, too. Only “Zootopia” and “10 Cloverfield Lane” are proving to be entertaining. “London Has Fallen” made $3.3 million last night attracting pedestrians. “Gods of Egypt” took in $654,000 but that could have been LionsGate stockholders buy tickets in group sales.

So much about “Grimsby” was just a mess, starting with the AIDS jokes about Daniel Radcliffe (why?) and Donald Trump (no laughs now as his presence in our lives isn’t funny anymore). “Borat” had its moment, and it was spectacular. But when “Bruno” and “The Dictator” failed miserably that should have been a sign to Cohen, who is capable of so much more, that an era was over.

There’s one irony here: Mark Strong debased himself to be in this movie but hey, it’s a paycheck. The irony is that he may win the Tony Award for Best Actor in a Play for “A View From the Bridge” this June. I hope this movie doesn’t harm his chances.