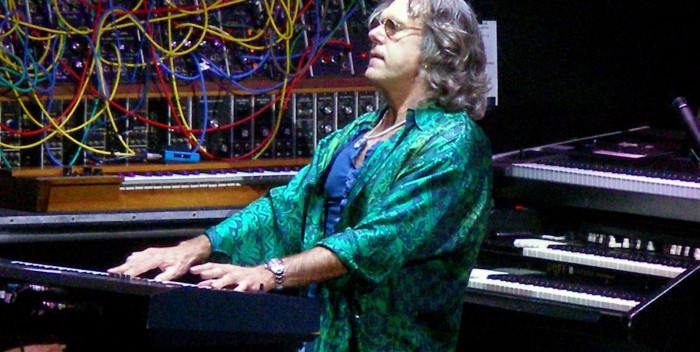 Emerson, Lake & Palmer are not in the Rock and Roll Hall of Fame. They weren’t a singles act. But they were an amazingly influential rock group and a staple of FM radio through the 70s. Now news today that keyboardist Keith Emerson has died at age 71.

Emerson didn’t sing on the albums but he wrote, and one of his pieces– “Karn Evil 9,” stands in rock history for its opening lines “Welcome back, my friends, to the show that never ends.” It’s a 30 minute marvel that bled from side one to side two of Brain Salad Surgery.

ELP was famous for its grand orchestrations and bombast. They were in the mode of Yes, I guess, and are refreshingly original listened to now. Like Yes, and Traffic, and some other groups circa 1970 their albums sound better than ever today especially on a real high end stereo system. ELP’s other great hits included “Still You Turn Me,” “Lucky Man,” and “From the Beginning.” They knew more about music than any ten acts combined from today.