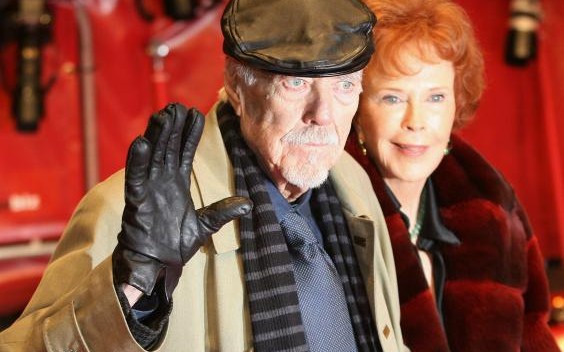 This is very sad news: Kathryn Altman, widow of famed movie director Robert Altman, and one of the truly most extraordinary people I’ve known, has passed away at age 91. She was in California, and what I’ve heard is that she probably had a heart attack. It’s hard to imagine that great, funny heart giving out.

For her friends this will come as a shock because 91 to Kathryn was 41 to anyone else. An actress, dancer, and beauty, she was indefatigable, had a unique and lovely sense of humor, and made friends everywhere. She married Bob Altman in 1957, merging their families and having children of their own.

Ironically, Bob Altman died ten years ago this coming November. The Altmans had their ups and downs but they remained a steadfast and devoted couple. When Bob died, Kathryn pulled herself together and made sure her famous husband was remembered in an official documentary, book, and showcase at the Museum of Modern Art. Keeping Robert Altman’s legacy alive became her business.

The Altmans were regulars at Elaine’s, and after Bob died Kathryn continued to be a constant customer. We had dinner together often. Sometimes she’d come in well after 10 or 11 pm. We always laughed because she more stamina and more joie de vivre than people half her age. “She outlasted everyone,” our mutual friend, Broadway producer Judy Gordon told me tonight.

Kathryn’s friends were wide ranging. A lot of the actors on Altman films became her close pals, including Michael Murphy and Sally Kellerman. They all loved her. She gave a great interview last year that you can read here.

She says of being a Hollywood couple: “I never really was [one] because he was always fighting the system. All that red carpet stuff is so tough. He didn’t enjoy it, but he sure did his best to be part of it, he knew how important it was to the film.

“If anyone asked which his favourite was, his answer was always, ‘My films are like my children, and my favourite one is always the one that needs me most.'”

You’re reading this and thinking, well she was 91. Yes, but it doesn’t matter. We could have had 10 more years of Kathryn and never have been bored. A real light goes out in the world with her departure.

To her daughter Konni, and to all her kids, and friends around the world, my deepest condolences.