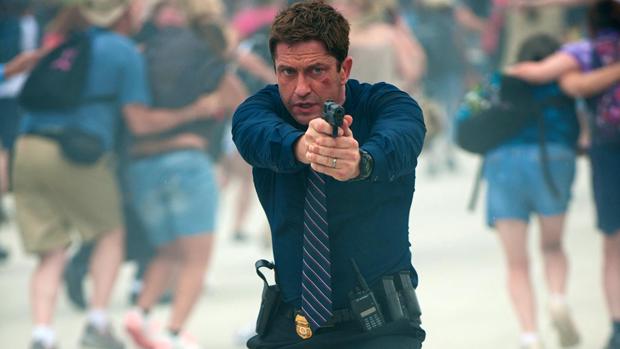 Our friend, Gerard Butler, has a problem. Tall and handsome, a very good leading man, Butler needs a hit. He won’t be finding it this weekend in “London Has Fallen,” which has a 20 on Rotten Tomatoes. The reviews are very bad.

He didn’t find it last week with “Gods of Egypt.” That one had a 12 on Rotten Tomatoes. It’s made $17 million, cost at least $140 million, and is on the way to the slaughterhouse.

Butler seems to be picking movies for money– good salaries in big budget adventures. But the returns are diminishing.

But there’s a lot of dreck on that resume like “Playing for Keeps,” “Chasing Mavericks” and “Machine Gun Preacher.” That last one made just $538,690 when it was released– or when it escaped– in 2011.

Butler is 46, looks a little younger in fact, and should be making Mel Gibson type movies from “Lethal Weapon” to “What Women Want.” I don’t know if anyone is scouting projects or directors for him, but he’s in the sweet spot. It’s now or never.