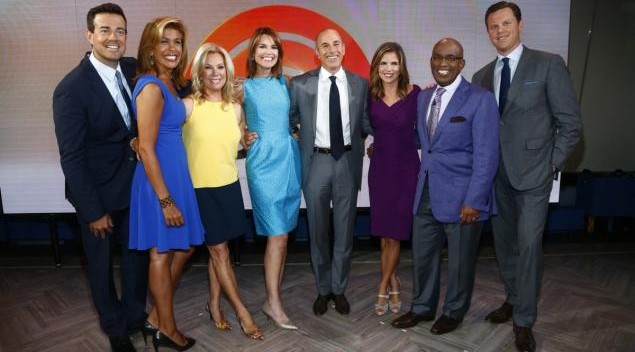 A new presidential administration in 2017 may also bring a new “Today” show.

This comes as NBC News has just announced that Willie Geist is taking over “Sunday Today” in the next few weeks, and revamping it to be more like CBS’s “Sunday Morning.”

The theory is that Lauer will leave sometime after the November elections, and Geist will step in to his hosting shoes Monday through Friday. The “Sunday Today” gig is like a warm up for the big change come the end of the year.

I balked when I heard this, because Lauer signed a two year contract in June 2014 for $20 mil a year. This came after the 2012 public relations debacle with Ann Curry, which sent the ratings plummeting.

But Lauer and “Today” have risen in the ratings in the last year, and now beat “Good Morning America” in the key 18-49 demo. The two shows are also very close in total viewers. Lauer’s had a lot of good interviews, too, including one in which Charlie Sheen admitted to being HIV positive. If Lauer left “Today” now, it would be on a high note.

The funny part of this is that Josh Elliott, who came over from “GMA” two years ago– and was speculated to be Lauer’s successor– has departed for CBS. But he may have seen the writing on the wall as Geist is more than likely the home grown “Today” show future.

Lauer leaving “Today” doesn’t mean leaving NBC. He could easily do specials for “Dateline” and so on. But with all that money, he may actually want to live a life that doesn’t include getting up at 4am every day.