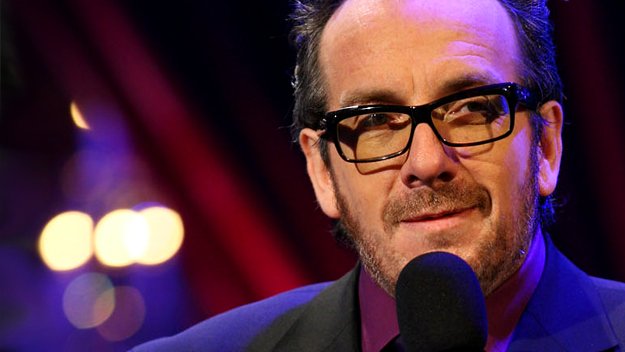 Elvis Costello and Nile Rodgers, who’ve been on the ballot since a Bush was president, are finally being inducted into the Songwriters Hall of Fame. Good lord, our national crisis is finally over. The struggle to get them each in has gone on for years. I guess some members of the SHOF who knew Hoagy Carmichael finally dropped out of the voting. Welcome to 1982!

Marvin Gaye is also being inducted. Yes, you’re thinking Marvin Gaye? He died in 1984. Well, SHOF used to not allow posthumous inductions. So they’ve changed their charter. Maybe it’s because Marvin’s family prevailed in their “Blurred Lines” lawsuit. I guess a good question is how 30 years went by without Marvin in the Hall of Fame. He wrote dozens of hits and remains a huge influence. Anyway, now he’s in.

Tom Petty’s getting in. I guess once Sam Smith “borrowed” Petty’s “I Won’t Back Down” for his hit “Stay with Me,” everyone realized how good a songwriter Petty really was.

Chip Taylor, a big country songwriter with two crossover smashes including “Angel of the Morning” (for Merilee Rush, and then Juice Newton) and “Wild Thing” (for the Troggs), is also being inducted. He’s also been on the ballot since Y2K.

Rodgers is inducted with his late partner in Chic, Bernard Edwards. So you know the end of the SHOF dinner on June 9th will be everyone singing “We Are Family.” Now if we could only get these guys into the Rock and Roll Hall of Fame.

There will be other awards announced later, cooked by committee and song publishers. They will be the Towering Song, the Johnny Mercer Award, and an award to a youngish writer. After a drought in that latter category, SHOF finally has some choices again with Charlie Puth, Meghan Trainor, etc. I’d give it to Shawn Mendes, frankly. The Mercer Award sort of circles back to a great songwriter who’s already an inductee. I’d give it t0 Carly Simon.

The Towering Song should go to the Nina Simone song “Feeling Good,” written by Anthony Newley and Leslie Briscusse in 1965. It’s a big Nina Simone year, and that song is on TV in commercials all the time.