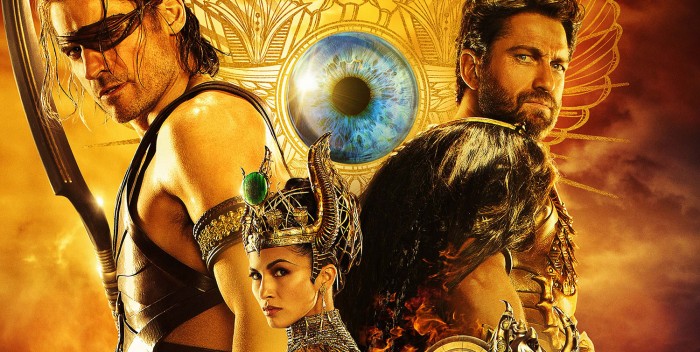 Lions Gate Pictures stock is at $20.20 Friday morning after cliff jump on February 5th from the $30 region. It reached a low of almost $16 but things are not looking good.

Today “Gods of Egypt,” which cost at least $140 million, opens to devastating reviews. There are at least 62 negative ones on Rotten Tomatoes and only five positive, which gives “Gods” a 10%. This is not going to be a happy weekend for Lions Gate.

For this movie to do well the movie audience would have to be all Donald Trump fans– people who ignore reviews and hope somehow things can’t be this bad. They will be terribly disappointed. Even star Gerard Butler has been talking about his next movie, “London Has Fallen,” more than this one in interviews. He knows where his sandals are strung.

So we’ll hold on for Saturday morning’s box office. But barring a miracle from the Gods, Egypt is really going to in de Nile.