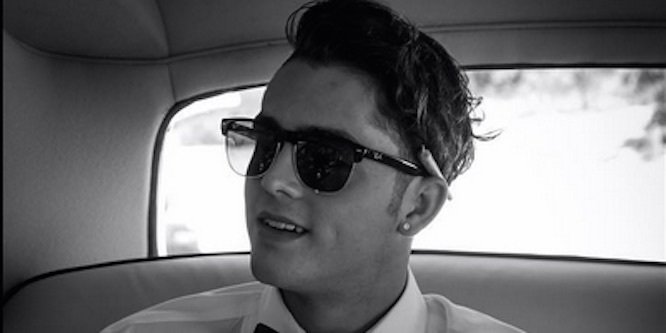 Chaos tonight at Webster Hall, and you know it must be something if I’m hearing about it. A white rapper named Skate Maloley was allegedly attacked by the club’s security during his own show..

(Maloley is a 21 year old rapper from Nebraska who’s gained some fame on the club circuit. His real name is Nate.)

What the hell is going on down there? Webster Hall used to be the Ritz in my day. Doesn’t sound too ritzy now.

There’s plenty of fan video and pics. You can see security knocking down Maloley, the shirtless kid who is the paid entertainment for the night.

My whole team got assaulted buy them and that's it. I'm just most sad and upset that yall had to expierence that. And also miss the show

Security has no right to assault me nor my family. I will die for them. Once again I have nothing but love for every single NYC fan

They kicking me on the ground! Smh. After I try to save my fans from getting choked out. We stay blessed. https://t.co/7H14xSVzu3

They kicking me on the ground! Smh. After I try to save my fans from getting choked out. We stay blessed. https://t.co/7H14xSVzu3

What’s amazing in 2016 is that amateur journalists are on the prowl. This is excellent reporting:

More thanks to News24: