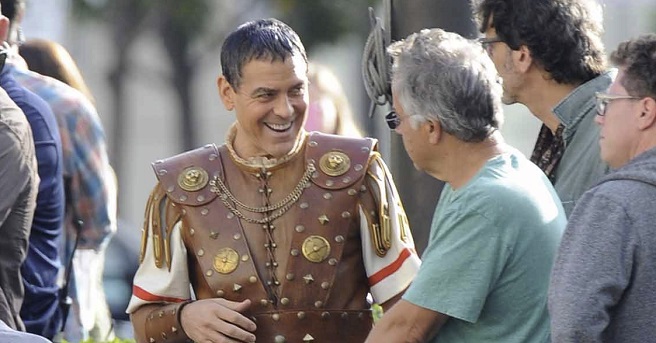 At the premiere of the Joel and Ethan Coen’s “Hail, Caesar!” in Westwood this past Monday night, the low key brothers were a bit more exuberant than usual. They worked the red carpet, which included stars George Clooney (who talked football with much of the press line), the always gracious Josh Brolin and Channing Tatum.

Before the packed screening got started, Joel profusely thanked Universal, making sure to have a shout out to Ron Meyer, Donna Langley and Jeff Shell, as well as Working Title’s Tim Bevan and Eric Fellner. The noted cinematographer Roger Deakins also got a special mention.

There was no mention of the film’s editor, Roderick Jaynes. But he was there in spirit. (Jaynes is actually a pseudonym for the brothers, who edit their own films.)

Ethan thanked the actors, including Jonah Hill, who he asked to stand up. (Hill does a lot of sitting the movie.) Ethan said, “This is our fourth movie with George Clooney. All of our movies are autobiographical, so the main character is always a nitwit. Hey, George Clooney is here.” To which George gamely stood up in full nitwit character, and with his best grimaced face waved to the audience.

Ethan than told the audience, “I hope you find this entertaining and funny.”

I did find it so, albeit a bit rag tag. I loved the glamour and the lush technicolor homage– the ultimate Coen brothers fan boy worship– to the period of post-war Hollywood. The actors are uniformly standouts, especially Josh Brolin, Alden Ehrenreich, Ralph Fiennes and the always divine Tilda Swinton. It’s not perfect, the parts could have been woven in a bit more cohesively, and some storylines were a tad unnecessary, but on the whole it’s another hit for the Coen devotees and movie fans in general. Always unique and out of the box. Gotta love the Coen Brothers