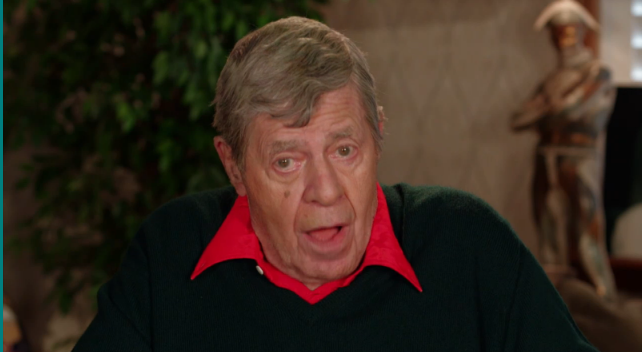 Is Jerry Lewis back with MDA?

It’s hard to say, but on Friday, Lewis sent a video message to the MDA annual meeting urging support for the first time in five years.

That’s because in 2010, Lewis was ousted from MDA after over 50 years of dedicating himself to the eradication of Muscular Dystrophy. It was a shock that reverberated everywhere. His legendary Labor Day Telethon was dismantled, Jerry’s Kids were wiped out, and all mention of Lewis was scrubbed from the MDA website.

Meanwhile, salaries in the organization have risen sharply. Steven Derks, the new CEO, takes home just over $500,000. The 2014 Form 990 lists a total of around $17 million in compensation and benefits to top staff.

The Lewis scandal just about did them in, as did the wiping out of their network of local TV stations, the Telethon itself, and the cheesy pre-taped specials that replaced it. (Not to say the original telethon wasn’t cheesy– but a higher grade. Even Velveeta is better than spray cheese.)

At Friday’s meeting, Derks looks wrung out in the video. Jan Carl of “Entertainment Tonight” reads a speech specifically thanking Jerry and mentioning his accomplishments. It’s first time since 2010 that MDA has even acknowledged him. Lewis’s son Chris and his family are sitting at a table in the conference room. And then there’s Jerry’s message, which you can see below starting at 45:00.

Will this latest move bring back the MDA faithful? Again, that form 990 indicates a shocking drop in Net Assets or Fund Balances, from $21 million in 2013 to $6 million. Total assets are down as well. But total liabilities increased by $10 million, from $81 million to $91 million in one year.

MDA has also suffered another PR hit: out of nowhere, ALS launched its ice bucket challenge two summers ago and it went viral. Suddenly ALS was the neurology illness in the spotlight. The result was huge donations and an announcement of possible breakthroughs attributed to the money raised by the campaign. MDA’s rebranding now, and their olive branch extended to Lewis, is their only way to regain some luster.