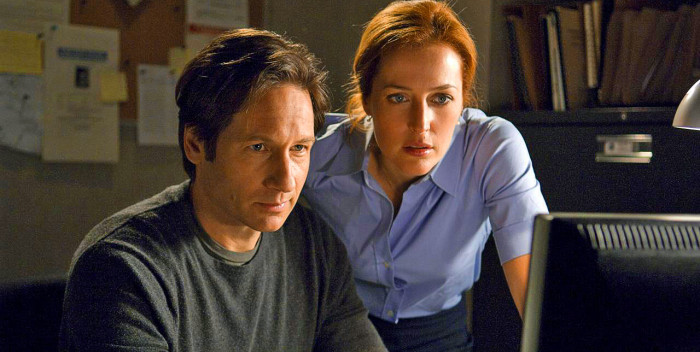 “The X Files” came back on Sunday night at 10:30pm Eastern– after a long night of football. Were you still awake? A lot of people were, apparently. Like 16 million. And 6.1 percent of them were between the ages of 18 and 49. Sunday night’s delayed premiere of a six episode arc scored more viewers than anything except foot ball on Sunday night.

Last night the 2nd episode had a strong 9.7 million viewers and scored a 3.0 in the key demo. Those numbers may change as a lot of people may not have realized the second ep was the next night. Look for delayed viewing to increase the totals.

So the truth is out there, still. And we still have almost no info on the Mulder-Scully child, referred to coyly. Or Mulder’s missing years as a sex addicted screenwriter in California. My guess is we’re going to get more “X Files” sooner rather than later. But this new six-at-a-time mini run may be the way to go. Makes it special.