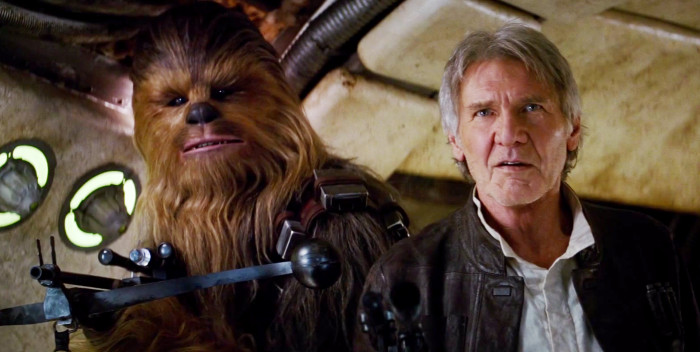 Is Han Solo dead? Can it be? You know that was the question I put to Harrison Ford when the Golden Globes ended on Sunday night.

Ford and actress wife Calista Flockhart were caught up in a scrum of A list stars including Mark Ruffalo and Oscar Isaac, all of where trying to get out of the Beverly Hilton ballroom.

So I asked Ford if it was true that Han Solo was really dead? We see him killed with a light saber by Kylo Ren (Adam Driver) in “The Force Awakens.” It looks like he falls to his death. But remember, this is fiction– anything can happen to save Han Solo. And it seems unlikely that the final “Star Wars” trilogy would end with a dead Han. Also, patricide is kind of a miserable way to die.

Earlier this week, a source close to Ford indicated to me that he’d be back in the next “Star Wars” installment.

We shall see. My guess is, Han Solo is saved by a force in the galaxy far, far away.