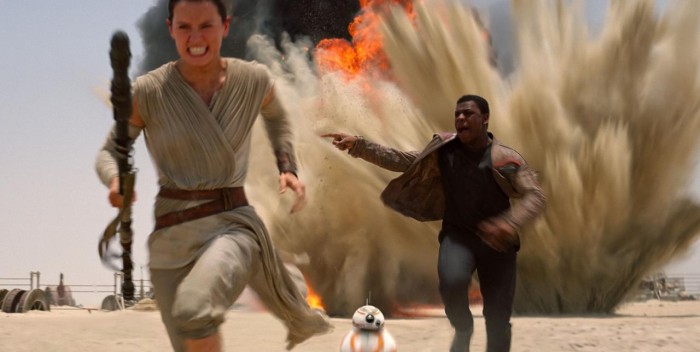 “Star Wars: The Force Awakens” has now crossed the $700 million line in US box receipts, hovering around $740 million. On Tuesday J.J. Abrams’ film will eclipse “Avatar”– which made $760 million– and become the number 1 U.S. film of all time. Today “Star Wars” is number 2, having passed “Titanic” and “Jurassic World” on Friday.

Internationally, “Star Wars” is over $1.5 billion and also on track for number 1 in the world.

And remember, it’s still number 1 in real time, with no end in sight. The global $2 billion total is not far off. Neither is the domestic $1 billion total.

The secret here is was really “Give the people what they want.” But I object to the bashing of George Lucas over the prequels. Forget Jar Jar Binks. In order to make prequels, Lucas had to invent a whole new world. That’s a lot harder than delivering sequels in which beloved characters can appear and our own fantasies of What if? could be explored. I think in the long run, the prequels will find new love in 10 or 20 years as their own creations.