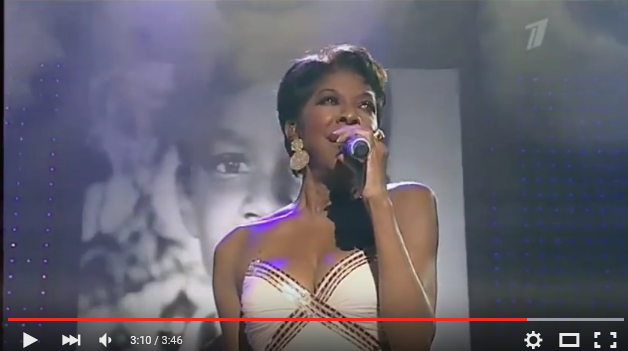 I saw Natalie Cole sing in the Hamptons on August 29th at a charity benefit. She was there with producer David Foster, who was bringing a caravan of performers back from an Asia tour. She was stick thin. She could barely sing. She sang in a whisper. She was late coming on stage. She was confused and disoriented. She was physically weak.

I have never been horrified in my life. I’ve known Natalie well for years. This was NOT Natalie Cole. She looked like she was going to drop dead any moment. If this were a close friend, or a work associate with whom I’d been traveling, I would have called an ambulance right then and there.

I insisted going backstage to speak with her. Her rotten manager/publicist tried stop me. Natalie was happy to see me, however, and brushed the woman aside. We closed doors on either side of us in Southhampton’s Parish Museum so that we had a moment of privacy.

The last time I’d seen her was on March 3rd at Lincoln Center. She’d performed a rare version of “This Will Be,” her monster hit from the 70s, at a charity show. She looked very well, and her voice was perfect. We sat at the dinner table and chatted for a while. She told me “This Will Be” was bringing in good money from the eHarmony commercials. We joked that she had made eHarmony.

She told me she was going to Asia on tour in the summer.

Now, six months later, we stood in this cold breezeway, closed in by sleek polished doors, and I was really worried about her. The person standing in front of me had had a terrible decline in a very short time.

“Natalie, you need a doctor,” I said, “I am very concerned about you.”

“I know,” she replied. We held hands. She was very fragile. “I need one. Do you know one? I’m having so much trouble with my immune system.”

I told her I would help her. I told her if she stayed in New York, we could get to the best doctors. Or another mutual friend, Joyce Moore, could get her to the Mayo Clinic. I mentioned the name of her great friend, Denise Rich, whom I called immediately thereafter.

Natalie blamed the trip to Asia for her frightening condition. “I couldn’t eat anything here.” This seemed highly unusual, even for someone with Hepatitis C.

Natalie gave me her cell number so we could text, and I could send her information and we could be in contact. I sent her a “test” message so she had my information.

After we left each other, I mentioned to David Foster that Natalie didn’t look well. He said, “She’s fine. It’s just been a long trip.”

No one traveling with this group seemed concerned about Natalie’s upsetting situation.

A few hours later, I received a response to my text, which had read: “I will help you any way I can. Doctors etc”.

The response: “Thank you but I am welll taken care of.” I am not sure that she wrote it herself. Looking at the text now, I am sure she did not send it herself.

Today’s news is terrible beyond my imagination. I am told by friends in Los Angeles that they did try to help after my frantic calls on that August night. They say she checked into Cedars Sinai Hospital and has been there mostly since then. The other details are fuzzy.

Natalie Cole’s voice was a gift from God. She was also one of the loveliest people I’ve ever met. She was really an angel. But she suffered. Her ex husband, Marvin, who was also her manager when she hit big around 1975, was not a good guy. He died in 1985 at age 34, of a heart attack.

Natalie suffered from chronic kidney failure. She’d had a miracle kidney transplant. She had Hepatitis C. Somehow she’d survived it all.

Back in 2010, she’d played New York’s City Winery. That was the first time her manager tried to stop me from seeing her after the show. She told the audience that night, “I didn’t think I’d live to be 30.” It’s a wonder that she did. That week she’d turned 60. At the beginning of the week I’d seen her in Los Angeles, where she sang on Quincy Jones’s remake of “We Are the World.” By the time she’d arrived at City Winery her arm was in a sling– she’d fallen and broken an elbow.

Natalie’s amazing voice and her beaming personality will outlive her tragedy as legacies. But I am so mad that yet another wonderful talent– like Michael or Whitney– has been squandered. To say it’s a shame is a gross understatement.

To use a cliche, she was Unforgettable.