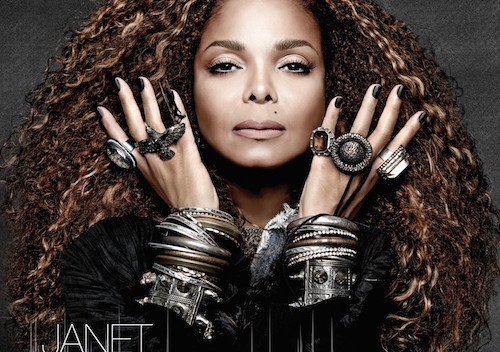 Just a little add on: Janet has played about 26 shows total on the Unbreakable tour. Including the ones she already missed and has just cancelled, more than 50 dates went into oblivion. So FYI.

Hey you guys… Happy Holidays to each and every one of you. I need you to know, I learned today, from my doctors that I must have surgery soon. It breaks my heart to tell you that I am forced to postpone the Unbreakable Tour until the spring. Every date will be rescheduled. Please hold on to your tickets. They will be honored in a special way when the new schedule is announced. Please pray for me, my family and our entire company during this difficult time. There will be no further comment. I love you all so much and am ever grateful for your understanding and your love. Gon’ b alright.

With these words, Janet Jackson took to Instagram and invoked the memory of brother Michael and his idol, Elizabeth Taylor. Things not going well? Tickets not selling? Getting bored? Announce an illness  and then get out of Dodge. I really like this line especially– the tickets will be honored in a special way when the new schedule is announced.

That should be good.

Well, we all hope Janet is 100% healthy and wish her well. Sorry if I can’t be less cynical. But the album didn’t sell, the concert dates drag on, and you know, it’s not as fun as it used to be. Insurance covers this. And the comeback next spring will give her a publicity hook. It’s very old school Hollywood p.r. I applaud it. Because if you’re a fan of certain people, like Janet or Liza or Cher, this is what they were taught. And we need that drama, don’t we?

Janet is following in the footsteps of her late Brother Michael, He was famous for not showing up or cancelling appearances, pleading illness. Michael learned how to do this from the Queen of All Illness, Elizabeth Taylor. He even missed court dates with a range of illness excuses.

This is a big deal, however. This is over 30 or more dates including key Northeast cities where media is really concentrated. No Brooklyn, Jones Beach, Boston, Washington. Those dates are important. So let’s hope Janet gets well and returns fit as a fiddle.