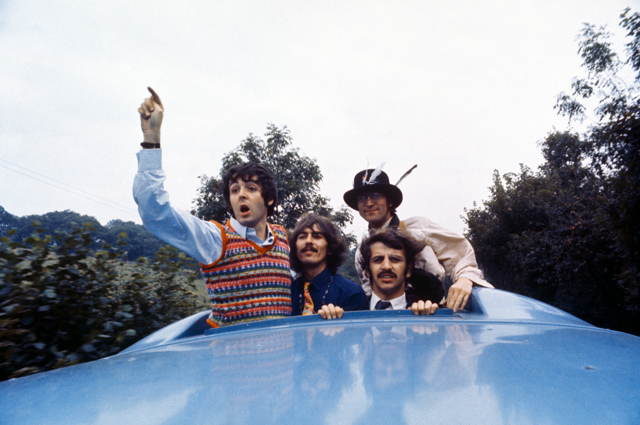 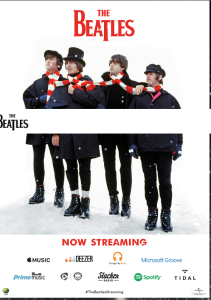 UPDATE The Beatles just announced as I said they would– streaming will begin tonight at 12:01 AM. Their website says: “The band of sun appears where The Beatles are streaming now. Watch as the music spreads around the globe on Christmas Eve.”

There are nine streaming services altogether, from Spotify to AppleMusic to Tidal to Amazon Prime, etc. It’s interesting that although the Beatles download exclusively on iTunes, Apple was treated just like another service in this regard.

Funny, too, because the website is still being updated with things like Playlists and Explore the Albums.

Exclusive. There will be an announcement from the Beatles tomorrow morning at 6am Eastern time.  Reps for the group will announce streaming on all platforms including Spotify and Apple Music. I’m told 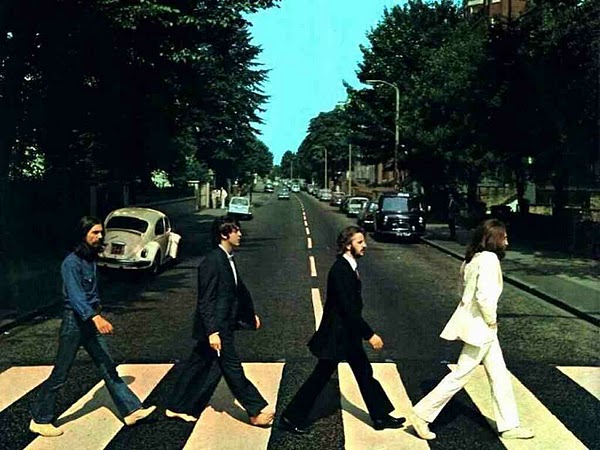