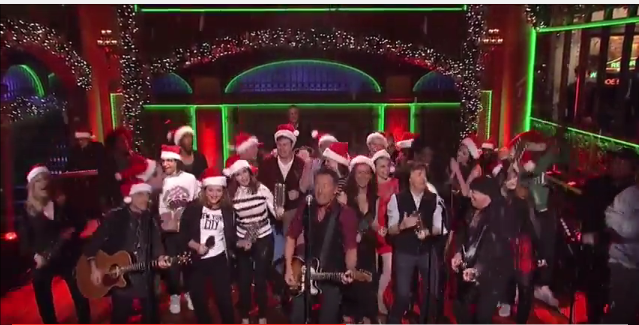 The show was funny all the way through, with only one weird questionable moment in the “Weekend Update” that seemed strangely anti-Semitic. But I’ll forgive that — it was a joke that went wrong. (I’d cut that out of the west coast feed, frankly.)

Otherwise, hosts Tina Fey and Amy Poehler were a delight. And Maya Rudolph, who’s like a secret weapon, was a smash. Ditto Kate McKinnon as Hillary Clinton.

The best sketch of the night was “Meet Your Second Wife,” in which youngish married men met there future wives– children, who, in 20 years they would marry. Nicely done.

Bruce Springsteen and the E Street Band sang “Meet Me in City” from “The Ties That Bind: The River Collection.” “The River” seems like a much better album than it did when it was released. This was a terrific promo for Bruce’s tour commencing in January.