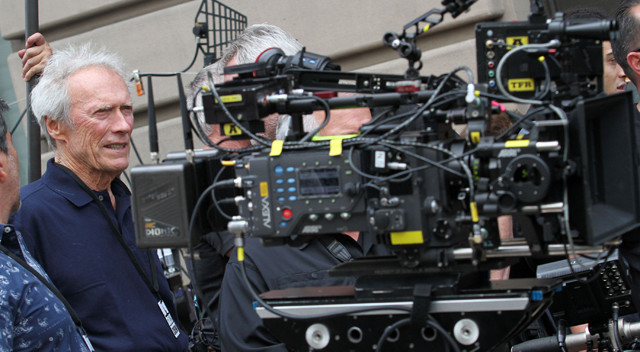 But last night WB announced a punishment of sorts for Clint: they are releasing his “Sully” Sullenberger movie starring Tom Hanks on September 9, 2016.

So this means that “Sully” will open on the second day of the Toronto Film Festival, not that it’s going to be in the festival but meaning that it won’t be, and that TIFF publicity can’t help it. “Sully” will also not benefit from Telluride, should it be selected. It’s certainly not a selection for the Venice Film Fest. Each of those fests takes place the week before “Sully” opens.

Indeed, the one place where “Sully” would make sense is the New York Film Festival, since Sullenberger bravely landed his plane in the Hudson River. But by the time the NYFF opens, “Sully” will already be three weeks old.

Opening a film on the Friday after Labor Day generally is a bad idea. People have been away for two weeks and are concentrating on school opening.There’ s no time to promote it. And it’s a week too early for big fall previews in magazines and newspapers.

This past September, no “important” movie opened until the 18th– “Black Mass” and “Sicario.” On September 4th, the biggest title was Robert Redford in the indie drama “A Walk in the Woods.”

Could “Sully” really be that bad? Anything’s possible, I guess. But what a disappointment for everyone involved if so.