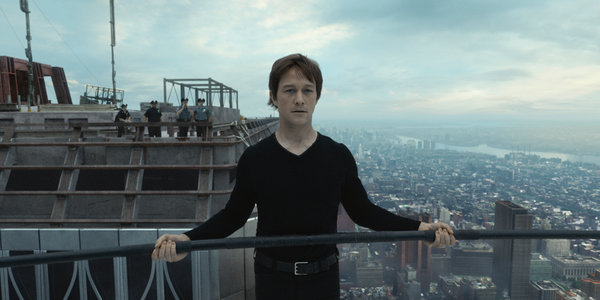 I can’t even imagine how upset the people are who made Robert Zemeckis’s “The Walk” — starting with Zemeckis himself. With a rotten title and no marketing, “The Walk” turned out to be the great box office disaster and missed opportunity of the 2015 season.

“The Walk” was based on the documentary “Man on Wire” about Philippe Petit’s 1974 high wire walk between the two World Trade Center buildings. No one knew this because the title was so awful– I mean, why wasn’t it called “High Wire Act” or “Wire Walker”? “The Walk” made it sound like it someone was talking a walk across the street. So boring.

The other person besides Zemeckis who should be upset about how this movie was botched is actor Joseph Gordon Levitt. Speaking French, performing acrobatics and magic, walking on a wire, Levitt is spectacular in this role. He should be up for Oscars and Golden Globes and all the rest of it. He’s quite brilliant as Petit. But now he’s forgotten.

“The Walk” scored an 85 on Rotten Tomatoes– very high. It also opened the New York Film Festival. It should have been held then til November, with a hefty marketing build up touting it as an awards movie. Instead, “The Walk” sneaked into theaters before the New York Film Festival was even over– on September 30th– and died. Budgeted at $35 million– so maybe $50 mil in reality–the film failed miserably. It earned $10.1 mil in the US and $32.1 mil abroad. The DVD release is set for January 5th.

This film boasted amazing editing, cinematography, and production design. Every single review singled out the people responsible for making the last half hour– which re-creates the late lamented Twin Towers, and Petit’s adventure on the high wire between them– in a stunning fashion. I watched it on DVD (because frankly little effort was made to screen it back in September). I wish I’d seen it in 3D, which is supposed to be amazing. I also loved Alan Silvestri’s score.

But what can you? “The Walk” just flopped and vanished. I’m afraid Sony’s “Concussion” is about to suffer the same fate. What a shame. The spectacle of “The Walk” — the title was just awful– would come in handy right now. If you’re in the Academy, and have the DVD, I urge you to watch it. The first hour is slow going but the pay off is incredible.