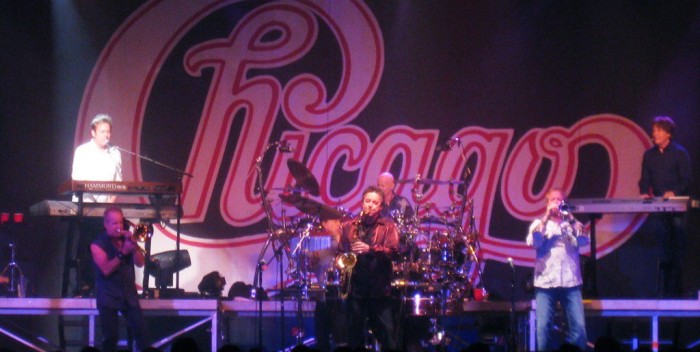 The Rock and Roll Hall of Fame is running out of choices. So they’ve finally caved in and selected Chicago, Deep Purple and Steve Miller as inductees for next April’s ceremony. The Hall of Fame, run by Rolling Stone magazine’s Jann Wenner, had bent over backwards to keep these groups out for years.

This year’s group of inductees will also includes American New Wave group Cheap Trick, and hip hop pioneers NWA. The latter was helped by the overwhelming success of “Straight outta Compton” this year at movie theatres. Without them, the RRHOF show would be all white.

As it is, it will be all male. This core group of inductees includes no females. It also so far has no early R&B or Blues acts, or any actual rock pioneers. At some point, Wenner and his cronies will choose a few people they like for honorary awards.

Last spring, Wenner chucked out about a third of the nominating committee, clearing out a lot of old timers who really knew the history of rock and roll. One of them told me recently they didn’t expect missing doo wop groups ever to get in now. The list of acts who deserve to be in the Rock Hall, but will never get in, is long.

There are also a bunch of people from the 70s going forward who have been overlooked. Nile Rodgers and Chic once again missed the boat. Sting, as a solo performer, and Bon Jovi, aren’t in. Bryan Ferry and Roxy Music, and many others are on that roster too, as well as Carly Simon, J Geils Band, Billy Preston, Todd Rundgren….et al.

These choices should be pretty interesting once they hit the stage at the Barclays Center in Brooklyn on April 8. Chicago has all kinds of factions within it. Steve Miller could care less about the music industry. NWA members Ice Cube and Dr. Dre may or may not be on good terms. Easy E is dead.

We’ll see who the Hall adds to this list. I would do a clean sweep of Early Influencers with Chubby Checker, Mary Wells (posthumous), Rufus and Carla Thomas, Billy Preston as a sideman, plus producers awards to Richard Perry, Phil Ramone (posthumous) and Richard Gottehrer. It’s time to clean up the mess they’ve made. But it’s not likely to happen…