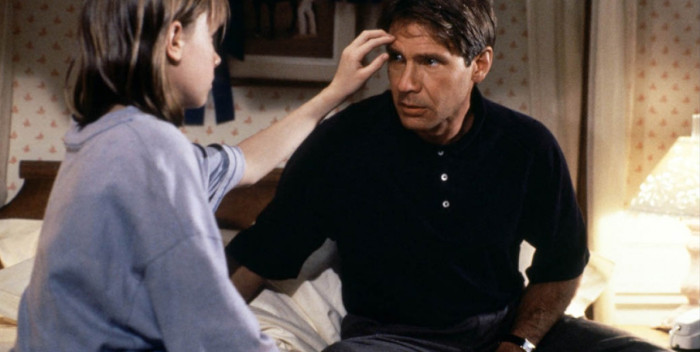 When “Star Wars: The Force Awakens” opens this week, it won’t be the first time Han Solo and J.J. Abrams have made a movie.

The first time was just about 25 years ago, in 1991. Abrams wrote and got a co-producer credit on “Regarding Henry.” The Mike Nichols-directed film starred Harrison Ford and Annette Bening. It was Abrams’ first produced screenplay, at age 24.

“Regarding Henry” was not a big hit. It was a middling comedy with some nice moments and a kind of soggy reveal. Abrams had a walk on as a delivery boy. The film made a not bad for the time $43,001,500 as Ford, long past Han Solo, was hot off “Working Girl,” as were Nichols– from that film– and Bening– from “The Grifters.”

Abrams had a couple of other films produced at the time including a pre-scandal Mel Gibson in “Forever Young.” But it wouldn’t be until almost eight years later that he’d start to hit it big in TV with “Felicity,” then “Alias,” and “Lost.” The rest, as they say, is history!