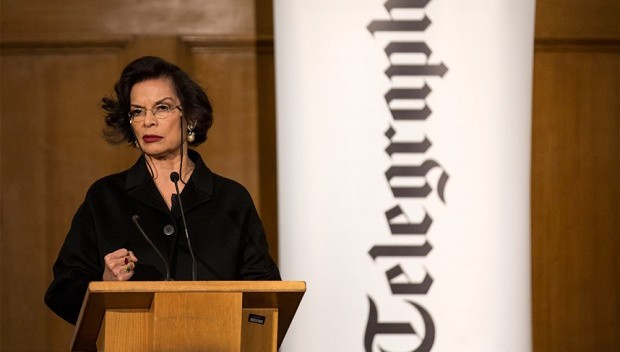 Bianca Jagger, one of the unsung but really important human rights activists, reports today from Paris on Twitter. She watched as police tear gassed protesters in Place de la Republique in Paris. She reposted another Tweet with video of the incident. Jagger is the ex wife of Mick. But she has been a huge voice in the world for human rights starting with her own country, Nicaragua. She speaks all over the world on the subject.

You can write this off or think– that’s the Paris that we all visit, where we go to museums, drink the wine, celebrate the culture.

“I was at Place de la Republic with about 1000 #climateActivists who were marching around the square carrying banners for the defence of the planet, climate and democracy, singing ‘Si on ne marche pas, ça ne vas pas marcher!’ minutes before the French #police fired teargas at them.
The French Government has taken advantage of the #ParisAttacks that killed 130 people to put 24 green activists under compulsory order of residence, using the “State of Emergency Laws”