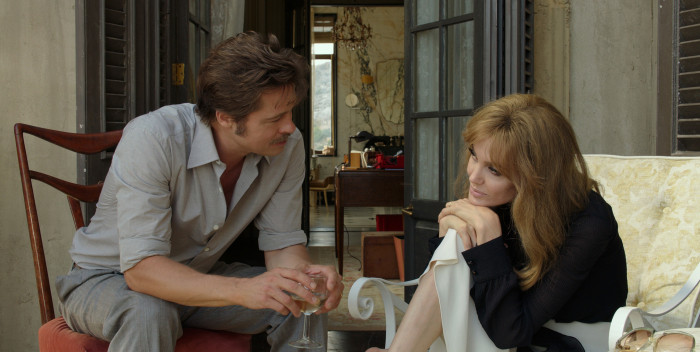 Angelina Jolie and Brad Pitt should be in a blockbuster film, right? But their little indie vanity film, “By the Sea,” is a bust. It took in $38,000 last night on 10 screens.

To put this perspective: the highly regarded film “Brooklyn” with no actual stars made $134,179 last night on 23 screens. It’s already outpacing “By the Sea” and except for Saorise Ronan, a young Irish actress, the rest of the names are mostly unknown to American audiences.

“By the Sea” will go by the boards pretty fast. It was admirable, ambitious try. But really $38,000 wouldn’t cover snacks for the Jolie-Pitt clan on a slow day. Universal will just write this off, move on, and hope to make a “Mr. and Mrs. Smith” with them sometime soon.

Meantime, “Spectre” crossed the $100 million line, and “The Martian” got past $200 million. Tom McCarthy’s “Spotlight” may pass $1 million this weekend; it’s the Oscar favorite at the moment. “Steve Jobs” was cut back to 326 theatres from 421 and did just fine. It was a smart move.