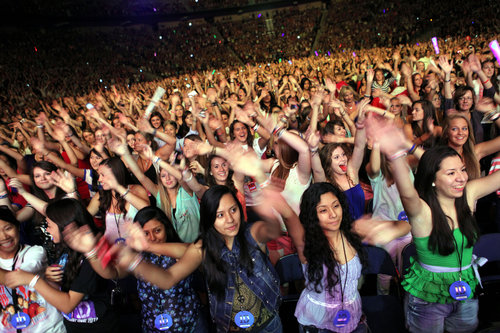 Tomorrow is D-Day in pop world as One Direction releases its possible final album, “Made in the AM.” At the same time, we are faced with Justin Bieber’s Skrillex album, “Purpose.” A lot of “Purpose” is already known thanks to several singles releases. Bieber seized on producer Skrillex, who gave him a hit he couldn’t explain with “Where Are U Now?” All the subsequent singles sound like this one, with bird noises and other tricks that mask Bieber’s monotone singing. The album will sell hundreds of thousands of copies.

The big news is that One Direction leaves the stage with a terrific album full of hits. Producer Julian Bunetta and the boys have really advanced in one direction — forward. “Made In the AM” is actually the album that lifts them past teeny bopper status toward something real. Let’s not get too excited– this isn’t “Abbey Road” by a long shot. But they are trying, and trying hard. If they’re smart, One Direction will give it one more go after this. It could be interesting.

“Drag Me Down,” “Perfect,” and “Infinity” are already known to 1D fans. “Perfect” is a cool pop single, and one you wouldn’t mind humming. It’s actually clever and fun.

Some other highlights: “Olivia” is Harry Styles’ big moment to shine. It’s probably the best track on the album, sophisticated and textured. It has a full orchestra and horn section, very Sgt Pepper. As the Beatles’ number 1 songs are back on the charts this week, I give a lot of credit to Styles and Bunetta for looking at them as a template.

Other possible singles include “Hey Angel,” the lead off track, and the closer, “History,” which has a nice winsome quality.

Did 1D say they were taking a break to get publicity and generate interest? If so, I say take a short break. Strike while the iron is hot. And it’s hot right now. “Made in the AM” should last them long into the PM.