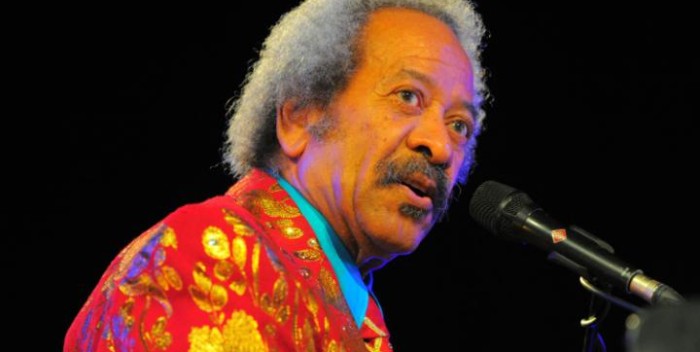 Allen Toussaint’s sudden death yesterday at age 77 is a HUGE loss. HUGE. Too soon. Allen was on tour and had just finished a show in Madrid. It’s absolutely criminal that he went so soon. Allen, we didn’t get a chance to say goodbye.

The New Orleans legend produced and arranged “Lady Marmalade” for LaBelle, wrote a ton of hits from Lee Dorsey’s “Working in a Coal Mine” to Boz Scaggs’s “What Do You Want the Girl to Do.” He recorded a whole album with Elvis Costello– “The River in Reverse.” He worked with both Paul McCartney and Ringo Starr in their solo careers. He wrote the title track to Glen Campbell’s breakthrough album “Southern Nights.”

It wasn’t until Hurricane Katrina that we in New York lucked out. Allen lost his home in New Orleans– terrible for him, great for us. He moved into the Phillips Club on West 65th St. and became a regular around town. I was lucky enough to get to know this soft spoken gentleman with a capital G.

He was a genius and should have had a Kennedy Center honor. I hope President Obama does something for Allen posthumously. He was such an important American artist. What he added to our culture is incalculable.

The tragic part is that these people we write about now, these little pop tarts, are just dust in the wind by comparison.