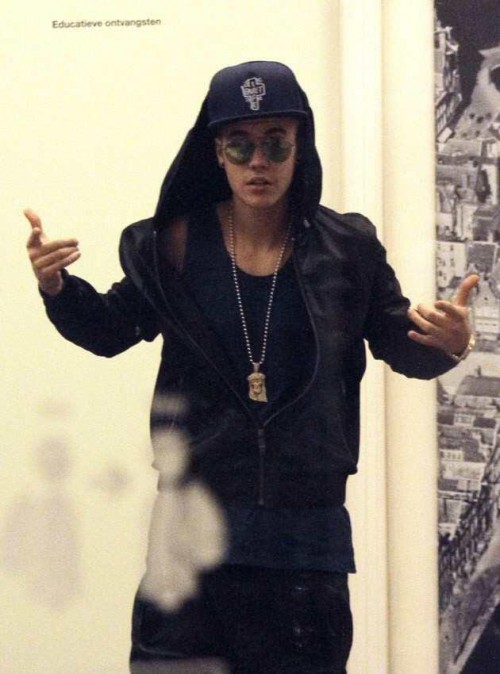 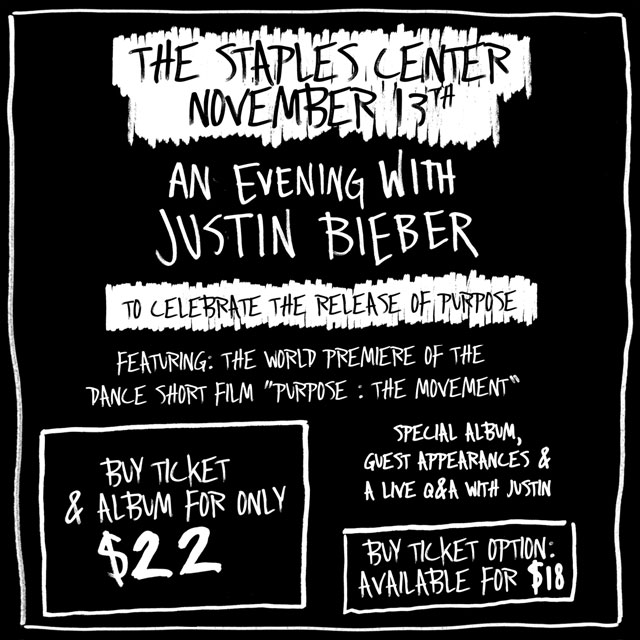 I told you a couple of days ago that Justin Bieber was giving away his new album with $5 cab rides on Lyft. You book a $5 Lyft ride, get “Purpose” on download, and a credit back for $5 for another ride.

What does he mean? Bieber means he is trying to pump up sales in his first week.

Now little Bieber is giving away the album in “bundles” to ticket holders at his two shows later this week at the Staples Center in Los Angeles.

To wit: Tickets for “An Evening With Justin Bieber” will be nominally priced at $22.00, and each will include admission plus a copy of PURPOSE. TICKETS AVAILABLE NOW FOR 9:30 p.m. (PST). An event-only ticket can be purchased for just $18.00. 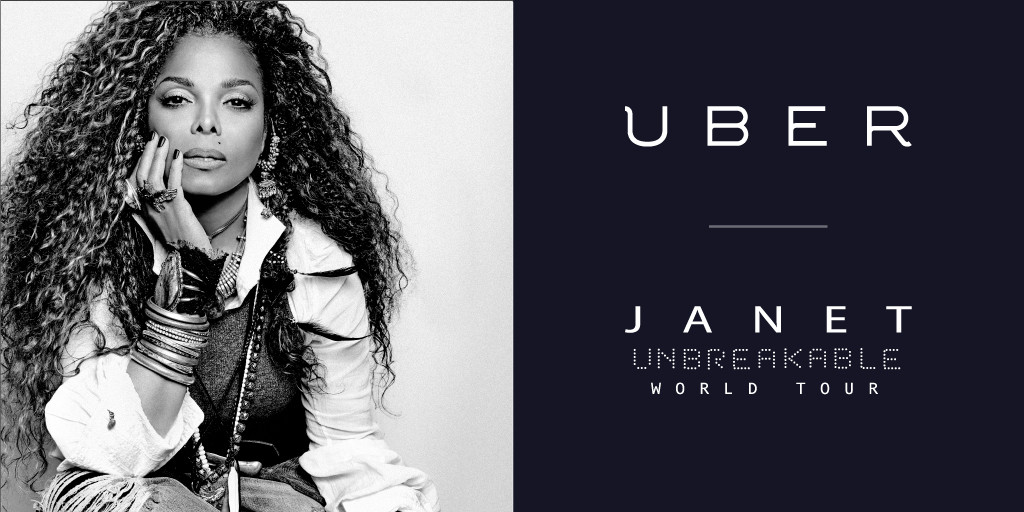 Janet Jackson has been bundling her album with everything she can find this season. The result is that the sales- dead CD moved up the charts this week, hidden in a T shirt. Now Janet is bundling “Unbreakable” with Uber rides.

At least it’s Uber. What’s next? The Joni Mitchell catalog? (Big yellow taxi– get it?)