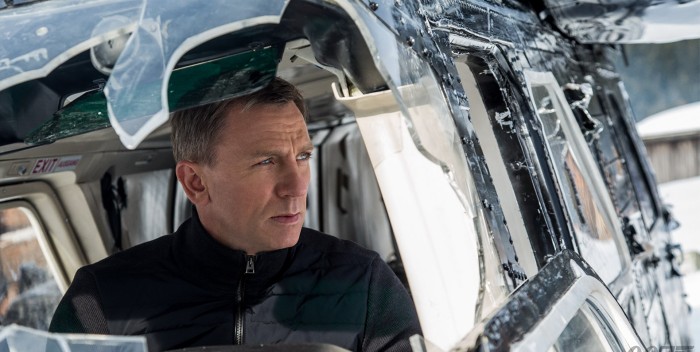 What’s the difference between “Spectre” and “Skyfall”? In a word: Adele. “Spectre” opened Friday night with $28 million at the US Boxoffice. When “Skyfall” opened, the number was $30 mil.

The main difference? Ramping up to “Skyfall,” Adele had a hit record with the title song. It was number 1 and then some. This time, Sam Smith’s dreary song was long gone from any chart or radio station by the time “Spectre” got to theatres.

The irony, of course, is that Adele has the number 1 single — and then some — with “Hello.” She’s commanding the top spot, fending off all comers including many same sounding Justin Bieber singles and various others. But Smith isn’t even a competitor.

“Writing’s on the Wall” is so awful, I wonder if others are napping while it plays in the movie. I completely zoned out at that point. It sets the stage for nothing, so that when “Spectre” begins, there’s an abrupt change of pace. “Spectre” needed a “Live and Let Die” type song for the opening helicopter sequence. Instead they got “Goodnight Irene.” Smith didn’t even bother to use the word “Spectre” in the lyrics, once. LOL!

PS Here’s what I would do: when the titles start on “Spectre” just hum this song to yourself. You’ll like the movie more: