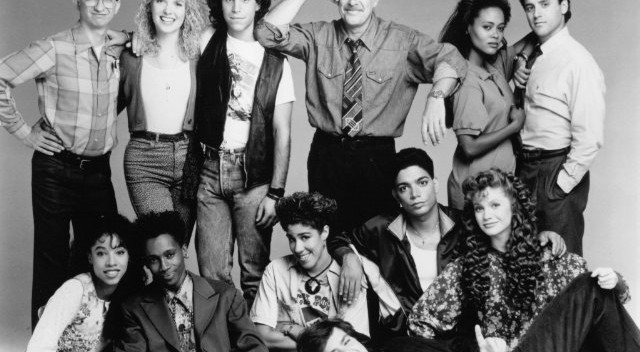 I guess there’s nostalgia for bad shows from the late 80s. First Netflix rebooted “Full House” as the coming “Fuller House,” something as unnecessary as the return of acne.

Now I’m told Netflix is considering rebooting a show called “Head of the Class” that ran from 1986 to 1991. This was a show about a group of high school kids who were like Sweathogs– gifted this time. Howard Hesseman of “WKRP in Cincinnatti” fame was their teacher. The great Billy Connolly, Scottish actor and comedian who lives in the New York area, was also featured.

The most interesting teen actor on the show, Brian Robbins, became a huge TV producer in real life. “Smallville,” “One Tree Hill,” and “Keenan and Kel” are his notable and sizable hits, but he also has tons of credits for teen type series that I’ve never heard of. He’s also got a bunch of films in production. He may be involved in this reboot, I’m told.

“Head of the Class” also featured Robin Givens, who went on to notoriety as Mrs. Mike Tyson, and Khrystyne Haje, Rain Pryor (Richard’s daughter), and Michael DeLorenzo. There’s talk of bringing back all or some of these people in older roles of their former students.

Netflix is looking for a sweet spot, and I guess their target audience is now the grown up kids from that era. I just wish the shows had been smarter or more entertaining…or memorable. (I have zero memory of this show.) But good luck to all of them.