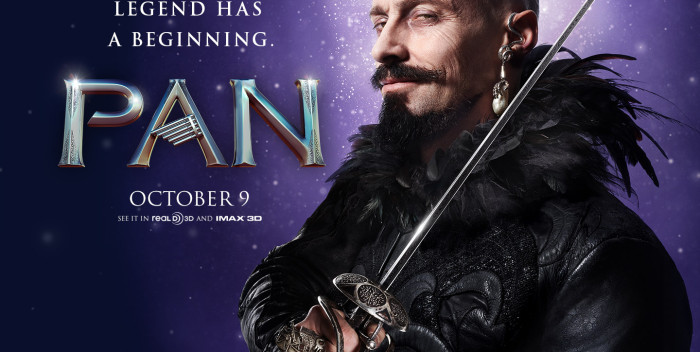 It’s not easy out there at the box office. The big misses are BIG. “Pan” is a total dud, costing probably $175 million. Warner Bros. says $150 mil but you know how it is. On Friday night “Pan” made just over $5 million. Hugh Jackman stars as Blackbeard, so “Pan” has made $3.8 million in Australia. But its prospects in the US are slim at best. I don’t know how Joe Wright, who’s made only stodgy literary movies that have attracted small audiences (Atonement, Hanna, Anna Karenina), got to helm a $150 mil action movie. I guess that’s why I don’t run a studio.

Over at Sony, things are not happy. Robert Zemeckis’s “The Walk” has great reviews and no audiences. Why? There’s no buzz and no excitement. Could it be lack of marketing? First of all, the title is terrible. How about “High Wire Act”? The title sounds like someone’s taking, you know, a walk. Very exciting. Second, there was no build up. “The Walk” just appeared.

The general audience wasn’t really prepped sufficiently. Maybe I missed it, but I feel like I wasn’t bombarded with information about Phillippe Petit or Joseph Gordon Levitt. There should have been a great TV commercial campaign with Leon Russell’s “Tightrope” playing in the background. Awards and nominations may revive it.

Ironically, Sony could have had “Steve Jobs,” which had a monster limited opening for Universal last. Fans of the Sony hacked emails will recall the whole back and forth between Amy Pascal and Scott Rudin. Sony’s loss is Universal’s gain, big time, with Oscar and box office the main buzzwords around this film. Sony now has to really pony up on James Bond “Spectre.” And even then the rewards are only partial. One bright light: Sony Pictures Classics will release “Truth,” a great film with a lot of potential. SPC also has the astounding “Son of Saul.” But those movies are the purview of Michael Barker and Tom Bernard, not Tom Rothman. We’ll see what happens.