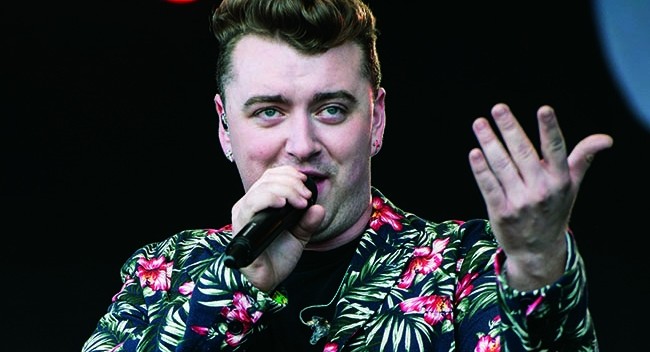 Maybe it’s me. I really wanted to love Sam Smith’s theme song from the James Bond movie “Spectre.” But couldn’t Smith work the title in anywhere in his song “The Writing’s on the Wall.” His melodramatic and kind of wan theme doesn’t mention ‘spectre’ once. It’s one word! It sounds like he’s singing the theme from a movie called “Writing’s on the Wall.” Most great Bond songs at least have the movie’s title somewhere in the song– “Nobody Does it Better” fit in “The spy who loved me” perfectly, for example.

Didn’t Smith like the word “Spectre”? He didn’t have to rhyme it, he could have had the “spectre of”– something.

Maybe we’ve been spoiled by Adele. But Smith’s song perhaps should have been more upbeat and less like a sequel to the “Skyfall” song. Plenty of Bond songs have rocked or at least rolled, from Paul McCartney’s “Live and Let Die” to Shirley Bassey’s “Goldfinger.” Again, the Smith song feels melo-dramatic, not actually dramatic. Pulses will not be racing as the movie starts following this introduction.

But Smith has his fans. And he has a falsetto. He’s the first male singer to tackle Bond in years, but keeps this light, and a little weepy. Maybe “Writing’s on the Wall” will grow on me. But I do wish the theme from “Spectre” made me feel like a spectre of something, a foreboding, over the proceedings.

You can hear it on Spotify here: