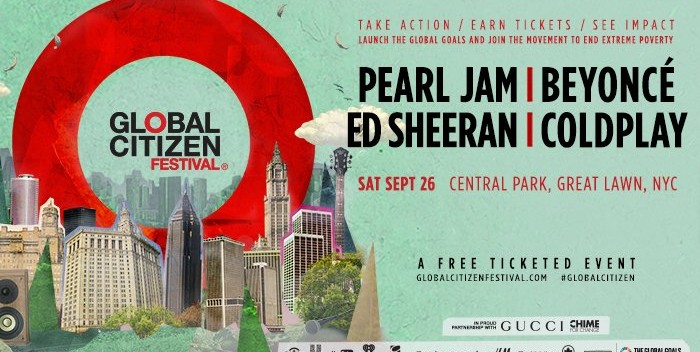 What does Global Citizen do? They advocate. They don’t give money to poor people. They get wealthy people together to discuss why there’s poverty.

In 2013, according to the most recent tax filing, Global Poverty spent $891,864 in salaries, $10 million in total expenses, $2 million for the physical production in Central Park.

That’s right– this is not Kumbaya. Big Whitey Productions from Sea Cliff, NY charged Global Citizen $805,000 for labor for the 2013 show.

Only $202,000 of Global Citizen’s expenses were listed for “grants.” Travel cost $300,000. Where are they going, and why aren’t they bringing money, food and supplies to poor people when they get there?

In 2013, Global Citizen paid outside consultants $1.3 million on consulting for fundraising. Listen, for free, I can tell you what to do with $1.3 million– don’t have a concert, take the money, buy food and supplies, go to Syria or half a dozen African countries, or help the homeless in New York and Los Angeles.

Can you waste $8 million on a rock concert that benefits no one except the staff of your charity? Yes. As far as they report, Global Citizen didn’t build any schools or hospitals, fly in medical supplies during emergencies, or bring food to the starving. They just let the world know that poverty exists.

Tomorrow, Joe Biden is supposedly showing up, as is Stephen Colbert and Hugh Jackman. A bunch of people will get airtime and free publicity because they’ve informed us that poverty exists.

Check the numbers. Ask these Global Citizens what they’ve actually done to help poor people. Then go on Kiva.org and give your money to microfinance small businesses in Third World countries and see the money make an actual difference.