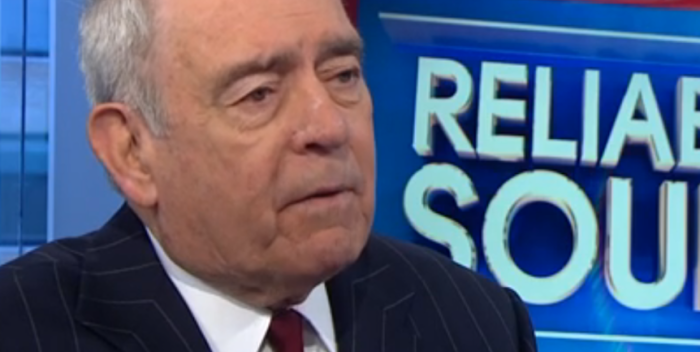 Former CBS News star Dan Rather– a legend in news, and the longest holder of the “Evening News” chair– has a good theory about what happened to Brian Williams at NBC.

“When things started coming apart, he didn’t hire an expert to help him,” Rather told me at Sony Pictures Classics’ annual Saturday night dinner in Toronto. “He relied on their PR people. He trusted them. That was his mistake. They threw him under the bus.”

Rather came to Toronto to support the movie “Truth,” in which Robert Redford plays him and Cate Blanchett is producer Mary Mapes during the time CBS threw them under the bus and ousted Rather unceremoniously. It was a pleasure to see him. It’s easily forgotten now that Rather scored hundreds of scoops and reporting coups during his long run at CBS, and was something of a maverick. He’s the real thing.

Rather told me by the way that he thinks CBS’s current Evening News with Scott Pelley is “the best produced news show on TV.” I agree with him.

Rather wasn’t the only star at the swanky and intimate SPC dinner. The other guests included Brit actor Tom Hiddleston and Elizabeth Olsen, stars of “I Saw the Light,” about Hank Williams, Elisabeth Moss of “Mad Men” fame, Susan Sarandon, Topher Grace, and legendary British director/producer Nicholas Hytner, who’s got a new movie called “The Lady in the Van” starring Maggie Smith.

Olsen, by the way, is one of the most articulate and charming actresses of the new crop of actors. She’s an absolute knockout as Audrey Mae Williams, Hank’s first wife and mother of Hank Williams Jr. Hiddleston’s performance is a revelation– and not to be missed when “I Saw the Light” is released November 27th. The film also features one of the great theater actors of all time, Cherry Jones, as Hank’s irascible stage mother, Lillie. I have a feeling that Cherry Jones will soon turn into the US’s version of Judi Dench– “discovered” for movie work in her late 50s and suddenly a beloved grande Dame. If only…