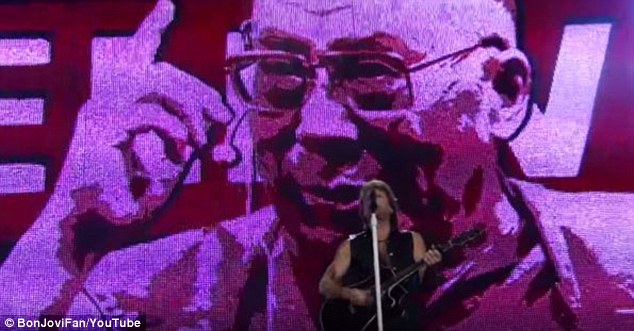 Jon Bon Jovi and group may be victims of Chinese censorship. China has just cancelled the group’s two shows in Macau scheduled for September 25th and 26th.

The reason appears to be a concert video made years ago in which the Dalai Lama is seen behind the singers on a video screen.

China hates the Dalai Lama, and abhors any support of Tibet.

Bon Jovi is already on the way to Jakarta for a short far East tour before heading to Dubai and Tel Aviv. The Financial Times says AEG Asia is trying to fix things, but who knows? Macau is like the Las Vegas of China. It seems impossible that other western acts who’ve supported the Dalai Lama haven’t played there, but maybe.