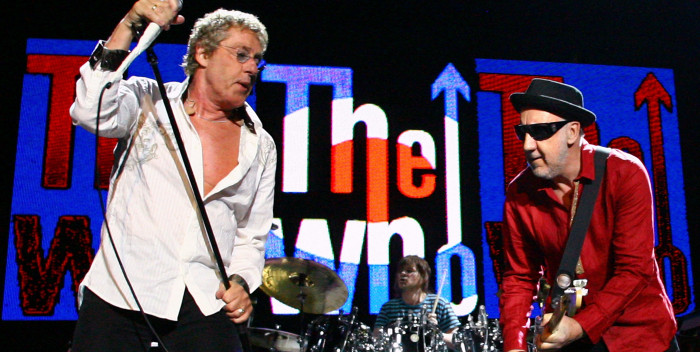 I always say I won’t get fooled again. But the Who have had many farewell tours over the last 30 or so years. They’ve retired more times than Bernie Williams played his last game with the Yankees, and that’s saying something.

Anyway, now The Who have canceled the first four dates on their fall farewell tour because Roger Daltrey, who is never sick, has a mystery viral infection.

September 14 at Valley View Casino Center in San Diego, September 16 at Honda Center in Anaheim, September 19 at Colosseum at Caesars Palace in Las Vegas and September 21 at STAPLES Center in Los Angeles–have been postponed.

It must be serious because the group is also skipping The I Heart Radio concert in Vegas on September 18th. That’s for Clear Channel, which owns the rock stations that might still be playing The Who. Of course, the Who– like everyone else– aren’t being paid for their pre-1972 recordings on radio. So “Tommy” and “Who’s Next” and singles like “My Generation” are all being played for free on Clear Channel/I Heart Radio stations. But that’s another story (and a lawsuit).

I love The Who. I watch “CSI” shows just to hear their songs. “Who’s Next” just gets better and better. Let’s hope Roger Daltrey does, too. Unspecified virus? Call Norton, I say.