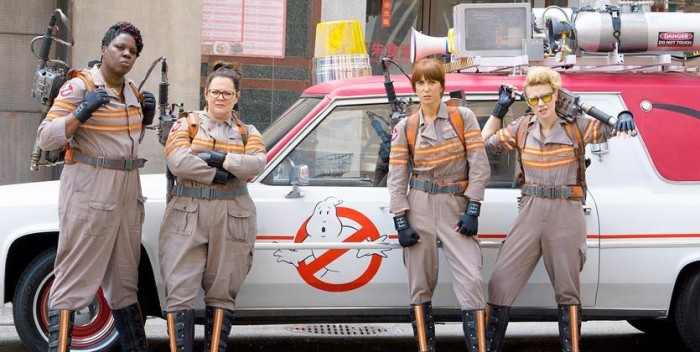 UPDATE Imagine my surprise when Vulture (NY Magazine) writes that there’s a “rumor” Murray won’t be playing Peter Venkman. No credit to this column, which broke the story below. Very lame, I think.
Here’s the original story:

August 30th– 7:17PM– The new all female “Ghostbusters” is pretty much finished filming, with Melissa McCarthy, Kristen Wiig, Leslie Jones and Kate McKinnon in charge of ridding the world of poltergeists.

We know that Chris Hemsworth is playing the role of the office secretary originally created by Annie Potts.

But what about Bill Murray? What’s his role? Is he still Dr. Peter Venkman, one of the chief ghostbusters (along with Dan Aykroyd, Ernie Hudson and the late Harold Ramis)?

The answer is no. SPOILER ALERT According to our sources, Murray plays an all new character, an actual debunker of Ghostbusters. His new character is not a believer in the power of ghostbusting and needs some convincing. The question is, Will he meet his doom by not backing the ladies in their endeavor?

The new “Ghostbusters” is directed by Paul Feig and due next year.