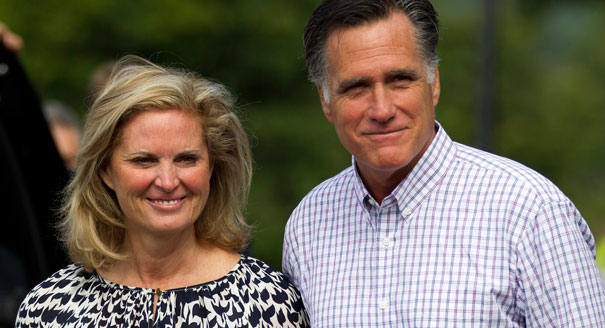 Ann Romney is a fighter and a survivor. I’m told that the new memoir coming from Mitt Romney’s outspoken wife is a doozy with plenty of revelations about her fight with multiple sclerosis, the effect on the Romneys’ sex life, and how she coped with the 2012 presidential campaign. 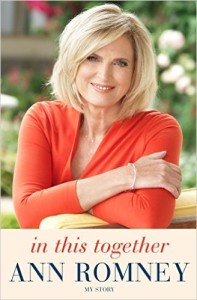 The book is called “In this Together: My Story,” to be published by Tom Dunne/St. Martins Press on September 29th. All the proceeds are going to the Ann Romney Center for Neurologic Diseases at Brigham and Women’s Hospital in Boston.

Mrs. Romney talks in the book about how she would come and go quietly throughout the 2012 campaign, never playing up her illness. She would “disappear” for a few days at a time.

One anecdote sure to get attention. According to spies, the first question Mitt asked when he and Ann got her MS diagnosis was about intimacy. My source says: “The doctor told them, ‘Couples find their own way’. Mitt was pretty dubious. The doctor said one couple would just clasp pinky’s to feel connected.” It’s unclear if the Romneys settled for that. But apparently they do exactly that now when they’re in public. Sweet stuff.

The timing of the book couldn’t be better. By September 29th, the Republican field should be in a frenzy. Ann Romney on the publicity circuit is going to be just what we need!