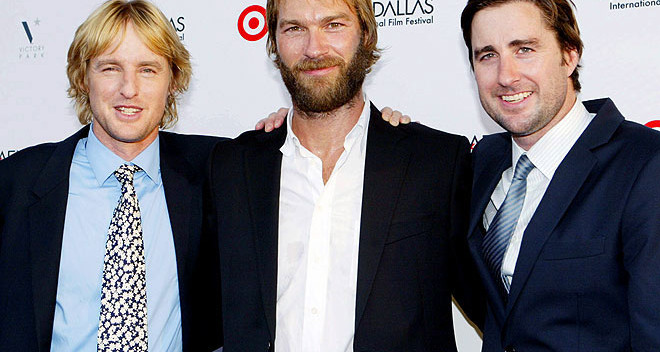 Bob Wilson brought “Monty Python” to PBS in 1974  when he was head of the Dallas station KERA. He also gave PBS’s famous newsman, Jim Lehrer, his start on TV when he was a newspaper man. The Wilsons moved from Boston to Dallas in 1963, an auspicious moment in history for that city.

At the 2005 premiere of “The Family Stone,”  I met the Wilsons (son Luke is a star of that movie) and chatted with them at length. They were lovely, a really great cool couple.

I asked them what they thought of son Owen’s then-nickname in the press, the “Butterscotch Stallion”?

“I don’t think you should ask my wife that,” Robert Wilson said, with a chuckle.

“I think it’s going away now, I don’t hear it so much anymore,” said Mrs. Wilson.

They also told me neither of one of them expected either of their sons to become movie stars.

It’s nice to hear the family has pulled together during this crisis. Sending prayers and good thoughts to them.