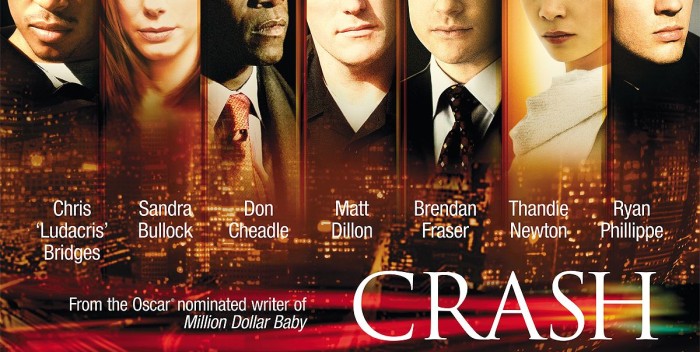 Somehow, some interviewer messed up Paul Haggis’s quotes about his Oscar winning Best Picture “Crash.” Some people don’t like the fact that “Crash” beat “Brokeback Mountain” and “Munich” for Best Picture in 2004. But the Academy voted for it. It was not a mistake. “Crash,” for its time, affected a lot of people. Haggis is a consummate filmmaker who also wrote “Million Dollar Baby.” His excellent HBO mini series, “Show Me A Hero,” starts this week.

Here’s what Paul told me today:

“I am very proud of Crash, and am honored to have been chosen as one of the best films of that year – especially in a year where there were so many terrific and daring films that explored real and pressing issues. It is unfair and rather ridiculous to ask a director if his film is “the best”- being a Canadian I am never going to be one who stands up and announces “Yes, my film absolutely deserved to win over all those amazing films.” It’s not going to happen — and my answers have always been consistent.

“I am very proud of Crash, I am proud to have been able to make an independent film that got people talking more about issues of race and class, especially at a time when everyone was saying “we don’t have these problems in America right now” — as many critics did. And I am proud to now be part of a creative team that is exploring those issues again — because we need to do more than talk about these issues, we need to actually start addressing them.”