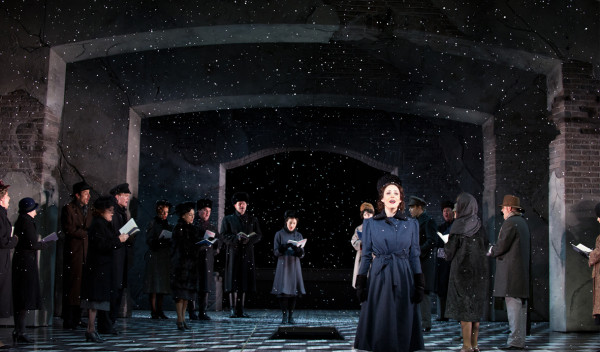 Broadway’s “Doctor Zhivago” didn’t make it this past spring; the stage production was beautiful but unwieldy.

Luckily, Lucy Simon’s wonderful songs live on in a just-released cast album. Below you can watch the 12 minute exclusive video of the making of the album. I think the songs stand on their own. They are really beautiful. My guess is, one day in the near future new producers will try again with “Doctor Zhivago” and these songs will already be well known to fans of the album.

And here’s an earlier video of a song I really liked from the show called “Love Finds You”: