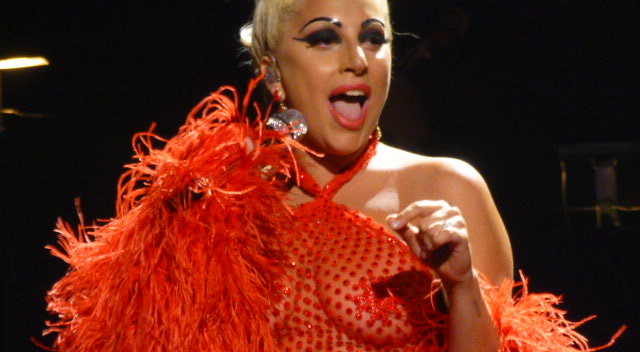 Lady Gaga has just finished up her Tony Bennett tour and project. So what’s next?

I can tell you: Gaga produced and recorded a secret song for Kirby Dick’s documentary “The Hunting Ground,” about campus rape. Seven time Oscar nominee Diane Warren wrote the song; the buzz is that this is the one that should give Warren– and Gaga– gold men. The film premiered at Sundance last January.

The song is called “Till It Happens to You.” Gaga, I’m told, produced it herself over a week long session last winter in Malibu. A pulsating anthem with a gorgeous hook, the song is heard at the end of the film. But so far the only people who’ve laid ears on it were the audience at Sundance, or anyone who caught the film during its stealth long run (in a maximum of 20 theaters) from February 27th through June 18th for Oscar qualification.

“The Hunting Ground” is going to be shown on CNN this fall, and then a push will be made for the Academy Awards. “Till it Happens to You” — which could fit a lot of scenarios and meanings besides rape– is being primed as Gaga’s next radio hit.

So far there are clips of “Till it Happens to You” drifting around the internet, but all of them are bootlegs and not the real thing. So we’ll have to wait until the movie shows on CNN and Gaga releases the official track. At that point, “Til it Happens to You” will become an Oscar favorite competing with the likes of Ellie Goulding’s James Bond single and Charlie Puth’s track from “Fast and Furious 7.”

Warren is certainly overdue for an Academy Award. Her past Oscar nominations date back to 1988’s “Nothing’s Going to Stop Us Now” from “Mannequin” all the way through “How Do I Live Without You” (1997–“Con Air”), Aerosmith’s “I Don’t Want to Miss A Thing” from “Armageddon” (1998) and last year’s “Grateful” from “Beyond the Lights.”