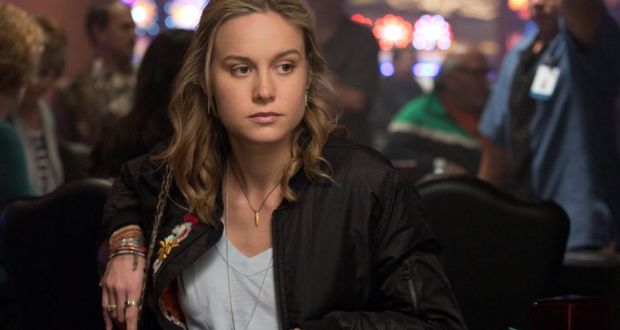 Judd Apatow recently said during a conversation with Lena Dunham at a Film Society of Lincoln Center event that James Ponsoldt’s film “The End of the Tour,” was his “favorite movie of the year.” The movie opened today with rave reviews that echoed Apatow’s assessment.

“The End of the Tour” chronicles the five days David Lipsky (Jesse Eisenberg) spent interviewing famed “Infinite Jeste” novelist David Foster Wallace (Jason Segel) in 1996 at his ramshackle home in Bloomington, Ill. for a (never published) Rolling Stone magazine article. Twelve years later when Wallace, who suffered from chronic depression and bipolar-disorder, committed suicide, Lipsky dug out his tapes and wrote “Although of Course You End Up Becoming Yourself: A Road Trip With David Foster Wallace,” based on transcripts from their interviews.

These interviews took place in an analog age before digital recorders when reporters kept tapes. This made me reconsider my relationship with my digital recorder when I interviewed Ponsoldt at the Bowery Hotel recently. (I nearly collided with members of the Red Hot Chili Peppers who were conducting interviews at the same time in the hotel’s lobby.)

Ponsoldt told he was a David Foster Wallace obsessive and “Infinite Jest” came out around the time he started college. When Pulitzer-Prize winning screenwriter Donald Margulies called him up to ask him to look at the script, the director told me he was fearful. “You know there’s a weight and gravity of telling stories about people that you love and in my era a real fear, at least for myself, and the script was amazing.” The director added, “I sort of felt like I have a million neurotic reasons why I shouldn’t make this film that are based out of fear but if I see someone else make this film badly I’ll never forgive myself because I think I know how this story should be told and if someone else makes it well I’ll probably be insanely jealous,” he laughed.

Ponsoldt said he related to the journey Lipsky and Wallace took. “Everyone’s had probably had a meaningful road trip when they were young, across country through the Midwest, along the West Coast, whatever it is, where’s you’re eating bad food and staying up all night, drinking lots of coffee, smoking cigarettes the whole time, it’s a very universal thing. The quality of David Foster Wallace and David Lipsky doing it is that they’re just a bit more articulate than most of us. It’s not that they’re pretentious asses, it’s actually that they’re very universal and human, very relatable, very unpretentious, and engaging with all the things that we do. You know, movies, and how to be decent and how to have relationships and all those things but they’re doing it in a way that’s so thoughtful, so specific,” said Ponsoldt. “It’s the conversation that we all wish we could have.”

Explaining casting Jason Segel as the bandana wearing, brainy Wallace, the director told me Freaks and Geeks, starring Segel, along with Seth Rogen and James Franco, was one of the most meaningful shows on television to him growing up.

“When I saw Jason in that and he was only 18 at the time but what I felt was he was so relatable, there’s a real level of surrogacy for me as an audience member. I empathized with him.”

When I told him Eisenberg was perfect as Lipsky but most people would never envision Segel as Wallace, the director said, “The thing about Jason is he’s not in a bubble, he’s completely self aware and he knows people have the questions and reservations maybe you do, ‘Oh this is a guy that’s known for comedy,’ so he’s the one that had to shoulder the weight of taking on this role and the scrutiny of it and so it took a lot of bravery and fearlessness to play the role.”

I asked Ponsoldt about some of Wallace’s family members who wrote a letter slamming the film.

“It’s complicated,” he said. “ The statement that was released was about a month after we wrapped shooting. Nobody had seen the film,” he said. “Subsequent to all that, several members of David Foster Wallace’s family have seen the film now and really like it a lot.”

Next up for the director is “The Circle,” that will star Tom Hanks and Emma Watson. Adapted from another book, this one by novelist Dave Eggers about the Internet’s encroaching on every aspect of our lives. He will begin shooting will begin this year. “It’s

about something that I obsess over and that terrifies me. I have a young child, a son who’s 14 months old and I wonder about the world that he’s going to be raised in and how he’ll relate to technology and what privacy he will be able to choose for himself, how he’ll relate to screens, whether he’ll have a choice in the matter and, you know, I myself have a total addiction to the screens in my life, to technology, a fierce addiction, and so this film is me engaging with a lot of those issues.”

“The Spectacular Now” and “Smashed” feature strong female leads. There’s another strong female character in another film he’s planning, “Rodham,” about the early years of Hillary Rodham Clinton. The script is in slow development he said.

“I would never make a movie until I felt the script was ready. I just made a movie about real people and you know you shoulder the scrutiny of people who have opinions about them or knew them. Making a story about Hillary Clinton,” he laughed, “ the level of awareness and scrutiny is tenfold, hundredfold,” he said. “She’s one of the most written about and recognizable women, alive, so it really has to be riveting and have to get all the details right.”

Ponsoldt wouldn’t confirm or deny that “The Spectacular Now” star Brie Larson will play Hillary. “Who knows? It really begins with the script, so we’ve just been trying to make the script right. And also for me I wouldn’t want to make a movie – I mean she’s running for president – I’m not interested in making a propaganda film to help someone win a presidency or not win a presidency. The film that I want to make is a much more quiet character study about a young woman, you know, balancing her personal life and her career and that’s a relevant story before or after an election.”

The movie won’t tie in with the election. He didn’t want to make it propaganda, adding, “You know, that really terrifies me actually. I don’t’ want to make something – this sounds like a lot of hubris on my part for suggesting that a film that a film that I would make would have any effect whatsoever on an election – but I wouldn’t even want to enter that dialogue. I would rather, let the election do its thing and then make the film,” he said. “The film that we hopefully will make when Richard Nixon steps down the movie essentially is over and Hillary moves to Arkansas to be with Bill, the movie ends. It’s not choosing to be in dialogue with current events.”

But back to the “The End of the Tour” and the book that inspired it, which Ponsoldt described as “a psychic ghost story” where 12 years after his death, Wallace’s voice comes back in these tapes.

“It’s being framed by someone who’s 12 years later, able to analyze the way that they carried themselves in the presence of that person and maybe regretting how they did that, regretting and having a deep level of grief over the loss of someone who they only knew for a short amount of time. They were strangers. They’d never met and didn’t stay in touch. But it’s a real sense of grief and melancholy that runs through that and regret and I can relate to, especially to David Lipsky, of being really nervous in the presence of somebody I really admired and trying too hard to sound smart. I think that’s a very human thing.”