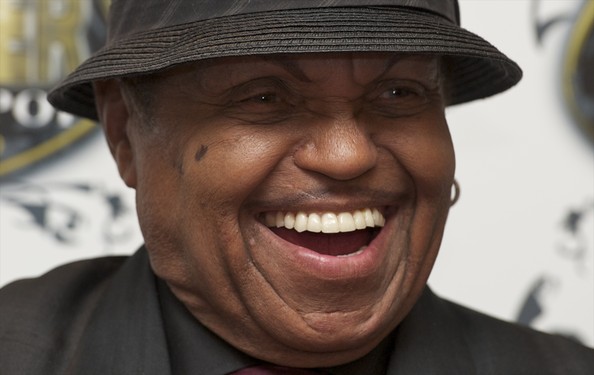 All the details aren’t in yet, but I’ve confirmed with an associate of Joseph Jackson: he did have a stroke yesterday in Brazil while preparing for his 87th birthday party gala.

Jackson annually participates in his own birthday extravaganzas that involve sponsorships, cost a fortune, and reap him some fees. He’d been in Brazil for a few days, attending parties and ribbon cuttings as “patriarch of the Jackson family.”

He’s been traveling with an assistant and with a French woman described as his latest “find.” From time to time Jackson, who did manage the Jackson 5 to international fame, “manages” a young female singer.  Now he’s in a Sao Paolo hospital after complaining about dizziness and temporary blindness. He suffers from diabetes.

As yesterday was her father’s birthday, Janet Jackson posted this on Twitter before the stroke news came. This is really interesting considering her history with her father:

Wishing my Father, @Joe5Jackson a Happy Birthday. I want to tell the world, I love and honor you.

On his website before the stroke, Jackson had this message posted:

“Back in the 70s when I was touring with my sons in Brazil. We had just done a show in Rio and traveled to Sao Paulo for the next show. We run into a problem because our music equipment from Rio did not arrive in time. It had been sent out late from Rio, very late. So we waited, and the crowd waited. Finally the crowd’s patience run out. They became hostile and started throwing stuff at us. I remember all of us with the school teacher “Miss Rose Fine” in tow, running for cover onto a Bus. The crowd was upset. Wow, that was something. Our music equipment finally showed up around 8pm, and we still went out there and put on a show. My boys worked hard and won the crowd back over. But, boy was it tough. From there it was off to Bahia. A few years ago when I visited Brazil, i made it a point of mine to visit “Bahia”. Michael filmed one of my favorite music videos “They don’t care about us” in Bahia. Coming full circle from the 70s.”