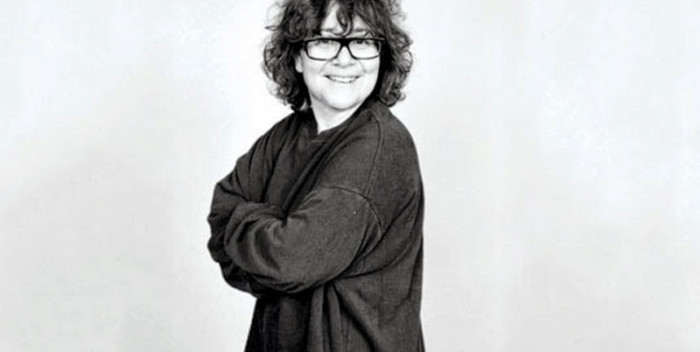 I was so surprised by the news of Ingrid Sischy’s death last week, I couldn’t really write an obit. I immediately thought of her partner, Sandy Brandt, and her great friends Elton John and David Furnish. And not just them, but all the people Ingrid quietly affected in the media world, on a social or business level. It’s not like we were best friends. We were a lot un-like. But Ingrid, who’d edited Interview for years, wrote for the New Yorker, and tuned in to higher frequencies, liked me. And I liked her.

She was the smartest girl in our “class.” And you know, you hated her for it. She was too good– too with it, too on it, too into it. She knew about whatever was happening before you did, no matter how you tried. She had a better take on it than anyone else, too. You thought you had a handle on something and then you heard Ingrid talk about it, and thought, Damn, she’s right.

So I’m just getting to this now. I am weary from  writing obits for older celebs and idols this year like E.L. Doctorow or Percy Sledge. But at least they were “of an age.” Ingrid would have been a damn fun old lady. We’ve all been gypped.

Condolences to Sandy and the rest of their family and their wide circle of friends. I will tell you that on Friday night Peggy Siegal dedicated the Hamptons screening of “99 Homes” to Ingrid. Last Monday Ingrid had agreed to have her name on the invite as a host. By Friday, she was gone. I heard Peggy had tears in her eyes as she announced the dedication. That was because she knew, like all of us, if Ingrid had been there we’d have gotten a cool ‘take’ and a better night.