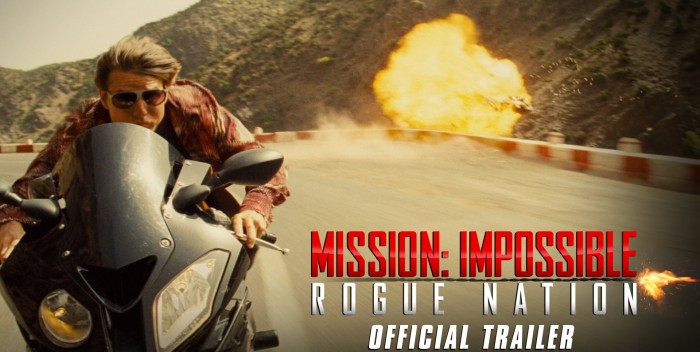 Christopher McQuarrie’s “Mission Impossible: Rogue Nation” is a hit with critics– those who’ve seen it. So far, it’s rating a 92% on Rotten Tomatoes. Only one guy didn’t like it, don’t know why.

Now the trick is to use the reviews to overcome the bad vibes caused by Tom Cruise and his Scientology connection. Next week Cruise will drop into town for a few minutes, answer no questions and do minimal, benign press. He has the reviews to rest on, so that will excuse him from having to hype the film too much.