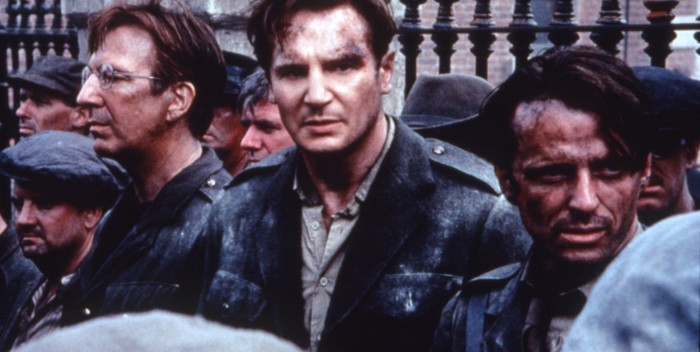 The Redgraves do have a family business.

First there was Sir Michael Redgrave and his wife Rachel Kempson, each famous and revered British actors. Then there were the children– Vanessa, Lynn, and Corin. The granddaughters, Vanessa’s kids– Natasha (Richardson) and Joely (Richardson), joined the business next. Not to mention those girls’ father, Natasha’s late husband, director Tony Richardson.

Micheal Neeson joins the Redgrave family dynasty now. It was only a month ago that he opened a fashion boutique in London’s SoHo neighborhood. He also gave interviews about going off the deep end when his mother tragically died. Neeson went to rehab and straightened himself out.

He immediately becomes a new character for the London press to hound into submission. I hope he’s ready.

Oh that weird way of spelling Michael as “Micheal”– it’s a variant, it’s hard to remember, but will make him stick out. It was very popular in the 1950s, not so much now.