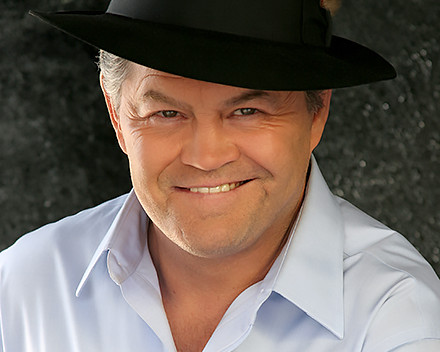 I had dinner with Micky Dolenz tonight. If you’re 12, this would be if you dined with Harry Styles many decades from now. Do you get what I’m saying? Micky, Davy Jones, Mike Nesmith and Peter Tork are the Monkees forever, the One Direction of 1967.

Micky wears a Panama hat to hide “a little bit of a bald spot.” He’s 70, and has four grown kids. But the Monkee never leaves him. Before the Monkees he was a child star. Since the Monkees he’s performed in Broadway shows and in London’s West End.

So 54 Below — the hot club under Studio 54/Roundabout Theater— asked Micky to come play three shows in July (7th,10th, 11th), and the place is pretty much sold out already. He’s got a crack Broadway combo, and he’s going to sing show tunes as well as Monkees hits that are appropriate to a club setting. Later, on August 29th, he, and Tork will do a rare Monkees show at Westbury Music Fair.

I’m in, I’m in for all of it. Apparently a lot of other people are, too.

Micky, trained as a classical guitarist, sang lead on most of the Monkees big hits–like my favorite, “A Little Bit Me, A Little Bit You,” plus “I’m a Believer,” “Last Train to Clarksville,” “Pleasant Valley Sunday,” and so on. He still gets royalties from record/CD/digital sales, he tells me, but not much. And nothing from reruns of the Monkees landmark TV series, which he describes– aptly– as little Marx Bros. type movies.

He’s not mad about the Monkees not being in the Rock Hall, by the way. “We got the Emmy for Best Comedy on TV,” he reminds me, “and a star on the Hollywood Walk of Fame. That’s what I love. I don’t think about the Rock hall.”

The Monkees were famous for defying their own status. Cast to a band on a TV show, they turned out to be an actual band. The famous “Wrecking Crew” played on their records, but Micky, Mike, Peter, and Davy played and sang for real on the records.

“Some people didn’t want to believe it at the time,” he said.

And now it’s 50 years since his agent answered the ad Bert Schneider and Bob Rafelson placed in Variety looking for band members for a TV show. And we’re still talking about it. Plus, a CD of Micky’s post Monkees singles is just being released. It’s worth checking out.

Meantime, I’m looking forward to the 54Below shows– Micky will tell some tales of rock superstardom that we haven’t heard. Plus he can sing, sing, sing.