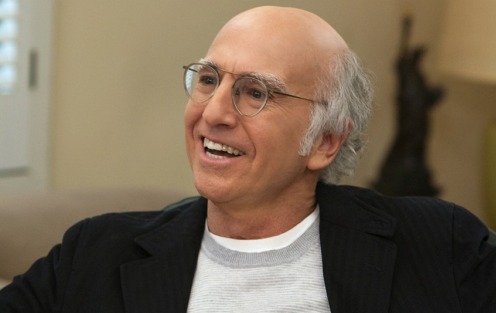 I don’t get this: with Larry David out of his own “Fish in the Dark,” the comedy has dropped by $400,000 a week. It’s not like they replaced Larry with chopped liver. Jason Alexander, beloved from Seinfeld playing George– aka Larry David– takes his place with no trouble, I would guess. (I wouldn’t know since they don’t invite press.) What the heck? The show is doing heavy promoting of discounted tickets with Jason– aka Larry– in the role of Larry. Were people that fixated on seeing Larry David? Jason Alexander should be a draw.

Meanwhile, “It Shoulda Been You”– no Tony noms– must be playing to vacant houses. Last week they made $344,000 out of a potential $991K. Maybe they can rent out the other part of the theater for a wedding…

And “Finding Neverland” is steady as she goes. They make $1.1 million a week. No Tonys, nothing. Nothing but Matthew Morrison and Kelsey Grammer. The actors are signed for a year. As long as they are present, “Neverland” is assured a spot on Broadway.

Please everyone, go see “On the Town.” Such a great show. But the numbers are low. I doubt it can go into the fall. Don’t miss it.